Paulo Dybala scored twice as Juventus took charge of their Champions League quarter-final tie with Barcelona,  courtesy of a commanding 3-0 home-leg display in Turin on Tuesday.

The News Agency of Nigeria (NAN) reports that the Argentine forward curled home both of his goals before the break, the first from an angle inside the box and the second from a central position on the edge.

Juve turned a dominant lead into one that should see them go on and win the tie when Giorgio Chiellini showed strength and guile to steer home a header from a corner.

For the second European round running, Barca – who were as defensively suspect as they were in losing 4-0 to Paris St-Germain in the first leg of their last-16 tie – must come back from a heavy away defeat to progress.

However, after their record-breaking achievement to overturn a four-goal deficit against PSG, they will retain hope heading into the return leg at the Nou Camp.

The last time these two sides met in the Champions League was in the 2015 final, when Barcelona secured the trophy courtesy of a 3-1 win.

The Italians are a much-changed side, with only goalkeeper Gianluigi Buffon and defender Leonardo Bonucci starting both the game in Berlin and Tuesday in Turin, but they played like a side with a score to settle.

The opening 20 minutes were a lesson in high-pressing, aggressive play that created a clear headed opening for Gonzalo Higuain to spurn before paying off through Dybala’s two strikes. 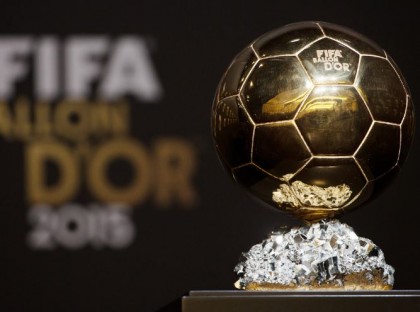 The remaining 70 minutes saw Juve retain a high work-rate but with the luxury of strategically selecting their moments to counter attack.

This approach twice set up Higuain for shots that were saved by Marc-Andre ter Stegen before more lax defending – this time from Javier Mascherano, who had been moved to centre-back from midfield at half-time – allowed Chiellini to head home from a corner.

The win means Juve, who have won their last 32 Serie A home games, are now undefeated in 18 European games in Turin.

With the second-best defence of any side in Europe’s top-five leagues and having gone 441 Champions League minutes without conceding, the Italians are well-equipped to avoid wilting under second-leg pressure in Spain.

After another heavy away defeat – their third in four Champions League games on the road and a second in succession after Saturday’s La Liga loss at Malaga – there is no escaping the feeling that this is a team in decline.

The second match of the day, Borussia versus Monaco after the Dortmund team bus was damaged by an explosion.

The News Agency of Nigeria (NAN) reports that the match was supposed to be played on Tuesday at the Westfalenstadion.

The German team confirmed that defender Marc Bartra was injured in an incident near their hotel and required hospital treatment.

The match will now be played at Dortmund’s Westfalenstadion at 17:45 BST on Wednesday.

Police confirmed there had been three explosions in the area of the team bus.

Dortmund’s chief executive Hans-Joachim Watzke said:  “There has been an attack with explosives on the team bus.

UEFA said  the decision to postpone the match was made after a meeting held at the BVB Stadion Dortmund between UEFA, representatives of the two clubs and local authorities.

UEFA President Aleksander Čeferin said: “I was deeply disturbed by the explosions which occurred tonight in Dortmund. The decision taken to postpone the UEFA Champions League match between Borussia Dortmund and AS Monaco was the correct one since we must always prioritise the safety and security of all fans, team officials and players.

“I would like to express my sincere gratitude to the representatives of the two clubs, the local authorities, and the supporters for their cooperation on the ground.”