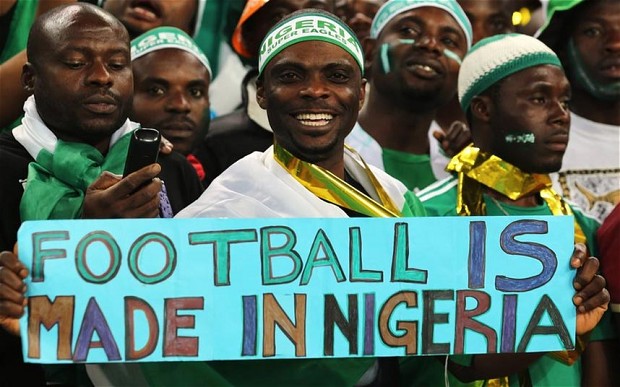 The passage followed a clause by clause consideration of the bill and a voice vote by the lawmakers.

The sponsor of the Bill, Sen. Obinna Ogba, had presented the report of the Committee on Sports and Youth Development before the passage.

Presenting the report, Ogba, explained that it had become important to repeal the extant law guiding activities of football in the country in view of controversies surrounding its implementation.

He said there had been series of court cases relating to football, which did not speak well of the country in the comity of nations.

Ogba, who is the chairman of the committee, added that in view of the importance of football to national development, it was necessary to repeal the law to bring sanity to the system.

He said that the passage of the bill would bring court cases to rest as issues regarding the NFF would be tackled by the Court of Arbitration and not regular courts.

“It has become necessary to repeal the Extant Act. This is because it requires a lot of amendments to bring it into an agreement with FIFA required international best practices. It is to give the desired boost it requires.

“The Bill has no financial implication because it is only seeking a change in the name of the football body in order to achieve greater and better results in future.

“It seeks to ensure that only those who are actually involved in competitive football matches are members of the Federation and not just organisations and establishments as contained in the extant Act.

“The bill also makes provision for the election of a President to lead the Executive Committee as against the existing law where the governing body of the association is a board appointed from different organisations.

“It further seeks to ensure the mandatory systematic development of football through institutional, age and gender competitions.

“Also, the bill makes provision for the development of coaches and referees to enable them to participate in international competitions,’’ he said.

He said unlike Nigeria, where the Federal Government was expected to fund football competitions and tournaments, countries like England, Spain, Italy governments were not involved in the funding of football development.

He said that in these countries, football was developed and funded by club owners through the establishment of feeder teams and signing on of identified star players.

“This country has not achieved that and this is one of the objectives of the Federation.

“The committee strongly believes that through this piece of legislation, the objectives as expressed in the long title of the bill and an explanatory memorandum will be achieved,’’ Ogba said.

He called on the House of Representatives to pass a similar bill to allow for concurrent and onward transmission to the Presidency for assent.

He said the running of football in the country had not been in line with best practices, stressing that with the passage of the bill, problems associated with football development would be brought to rest.

Saraki said, “the message here is for us to bring Nigeria in line with best practices and best ways to administer football in the country.

“This has been an embarrassment over the years, but with the passage of this bill, the grey areas will be taken care of.’’ He said.