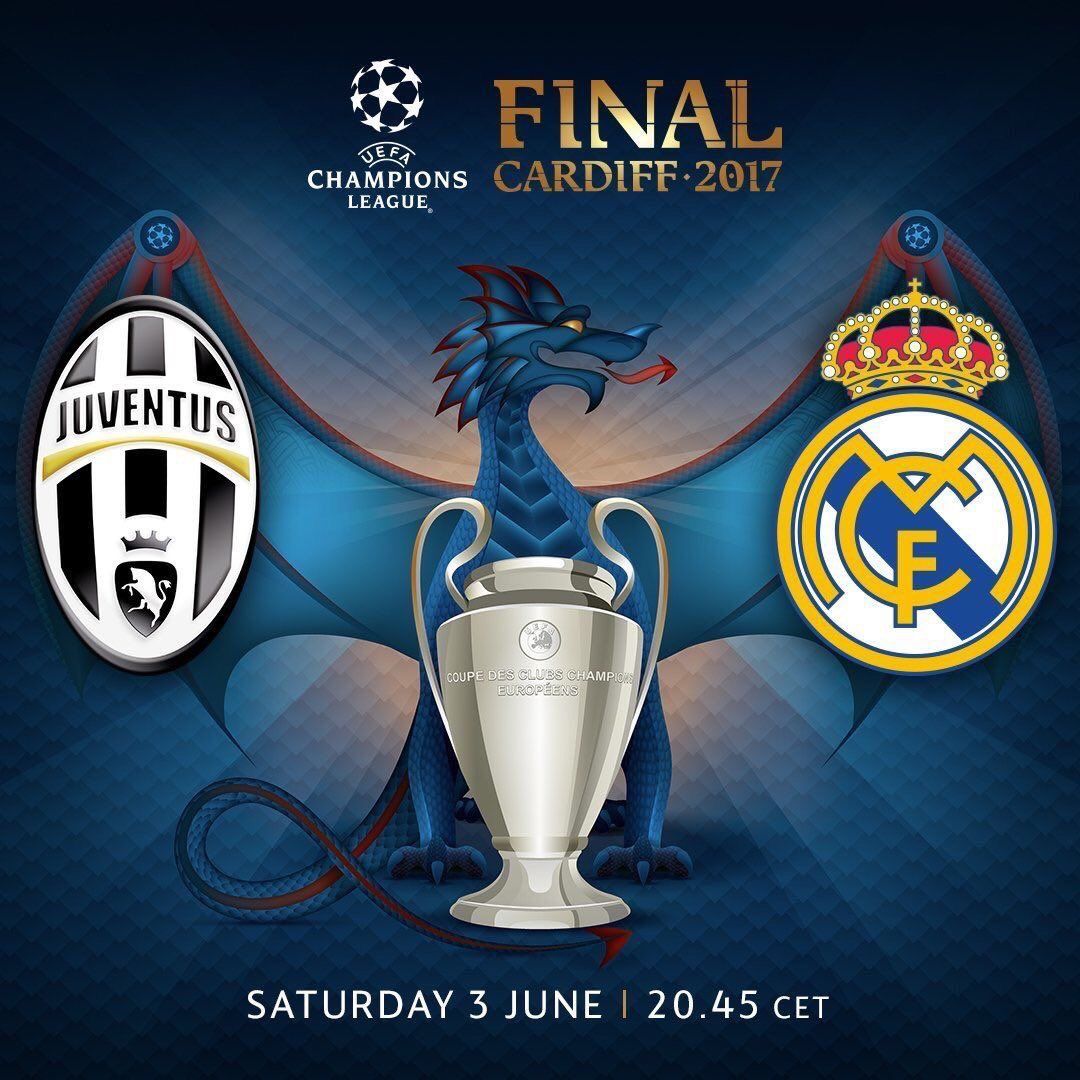 Juventus have “been building all season” for Real Madrid, who are bidding to become the first team to retain the UEFA Champions League and are “used to pressure” according to Zinédine Zidane.

How we’re going to tackle tomorrow’s game is with total tranquillity and serenity. We’ve worked all year for this. It won’t be easy because Real Madrid is the defending champions, but we know what we’ve built over the season and we’ll try to give that little bit more than Real Madrid.

We have worked for a whole year. All the trophies, and all the victories we’ve had this year have been a sort of training for tomorrow. We have to win. It’s one game; you need to analyse the game and see when to attack when to defend and, if we’re able to do that, we have a chance. But we need to feel relaxed and confident that we’re able to win the trophy.

In 2015 we got to the final and deserved to, but at the same time perhaps we were not really strongly motivated – maybe we didn’t feel confident enough after struggling for a few years in the Champions League. We didn’t get to the final by chance, but we didn’t expect to win. This year is different. Last year we had a good season in the Champions League and lost to Bayern in the last minute. We’ve been growing gradually. Now it’s completely different.

We’ve done a lot of work all season, to win the Liga and to get to this final. What’s most important is that we’re all prepared, and we are. In football, you have to give it your all. I’ve lost many matches, so I know it’s possible to lose. It’s the same for Juventus. We’re going to try to play our game; we know we’re going to play against a great team. What everyone who likes football wants to see is to see a great final.

We know all about pressure at Real Madrid. We’re always favourites, but in reality, in a final, there are no favourites. We’re not favourites, nor are Juventus. It’s 50-50. But we’re in the final again, and everything is possible. I expect an open game on both sides. I’ve lived and been at Juventus, in Italy there’s the famous catenaccio, but Juve doesn’t just have that. I expect an open game.