The Enugu State House of Assembly has unveiled the trophies that would be given to the champions in different categories of the state’s Boxing Talent Hunt finals. 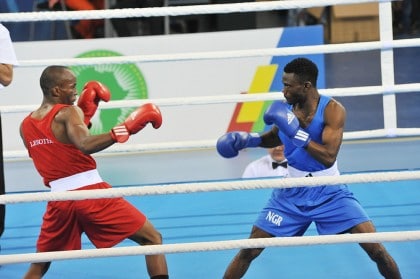 The News Agency of Nigeria (NAN) reports that the trophies were unveiled with the kits procured for the bouts which will begin in the first week of the October.

The Speaker, Enugu House Assembly, Chief Edward Ubosi, told newsmen on Wednesday in Enugu that the grand finale of the boxing talent hunt would be staged in the first week of October.

Ubosi, who noted that governments and philanthropists focus on developing football at all levels, said that there was need to diversify into other sports.

“Football seems to have been given all attention, hence the need to diversify into other sports.

“We are not only ambassadors of football but other sports as well. So, that is why we want the youth street fighters to engage in something meaningful, boxing that will earn them a living.

“Now that we have finished the first and the second phases of the talent hunt is being concluded, we are targeting the finals to commence in the first week of the October,’’ he said.

Ubosi said that he had been sponsoring Abakpa League and the Trans-Ekulu League football league in Enugu during December period.

“I used to sponsor Abakpa League and Trans-Ekulu League football league and I assure you that after this boxing talent hunt, we are going to embark on developing another sport,’’ he said.

He thanked Gov. Ifeanyi Ugwuanyi of Enugu for the manner his administration was developing the state.

He promised to train the boxers that would perform well in the competition to develop their careers in boxing as well as in their academic pursuit.

The Enugu State Chairman of Association of Local Governments of Nigeria (ALGON), Prince Cornelius Nnaji, said that the chairmen of the 17 local government areas of the state supported the Speakers’ project.

Rex Arum, who is the Chairman of Nigerian Union of Journalists (NUJ), Enugu State Council, commended the Speaker for sponsoring the grassroots boxing talent hunt to raise boxers in the state.

He recalled that Nigeria used to produce acclaimed boxers and wondered why the interest in the sport had waned.

Contributing, Ikechukwu Okoronkwo, the Coordinator of the project, said that he was a product of grassroots boxing talent hunt.

“I was discovered in Abakaliki during my secondary school days and I never knew that I will one day become a world Lightweight champion,’’ he said. (NAN)