The former heavyweight world champion Wladimir Klitschko has drawn the curtain on one of the most successful boxing careers in history with immediate effect, the 41-year-old Ukrainian said in a statement Thursday. 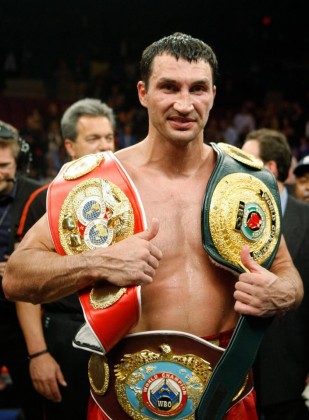 Klitschko was a two-time world champion 2000-2003 and 2006-2015 – the second run puts him behind only the legendary Joe Lewis as the longest reigning champion in history.

In his last fight, to British star Anthony Joshua in April, Klitschko was stopped in the 11th round and with his retirement he has ruled out a potential rematch scheduled for November.

“ As an amateur and a professional boxer, I have achieved everything I dreamed of, and now I want to start my second career after sports,” Klitschko said. “I would have never imagined that I would have such a long and incredibly successful boxing career.”

Klitschko added he wanted to take time after his loss to Joshua to consider his future but, thanking his team, family and fans, had decided not to continue.

He turned professional after winning Olympic gold at the 1996 Games in Atlanta and ends his career with a 64-5 win-loss record.

Klitschko is one of the most successful boxers of all-time and lifted a first world title through the WBO belt with victory over American Chris Byrd in 2000.

After losses to South Africa’s Corrie Sanders and American Lamon Brewster in 2003 and 2004, he went on a long unbeaten run to 2015.

That was ended by another Briton, Tyson Fury, in Dusseldorf at the cost of his WBA, IBF and WBO titles.

Klitschko is the younger brother of another former world champion Vitali, who held the WBC belt 2008-2012 – a time period in which the brothers held every world heavyweight title between them.

With Klitschko hanging up his gloves, Joshua’s next title defence is set to be against Bulgarian mandatory contender Kubrat Pulev.(NAN)