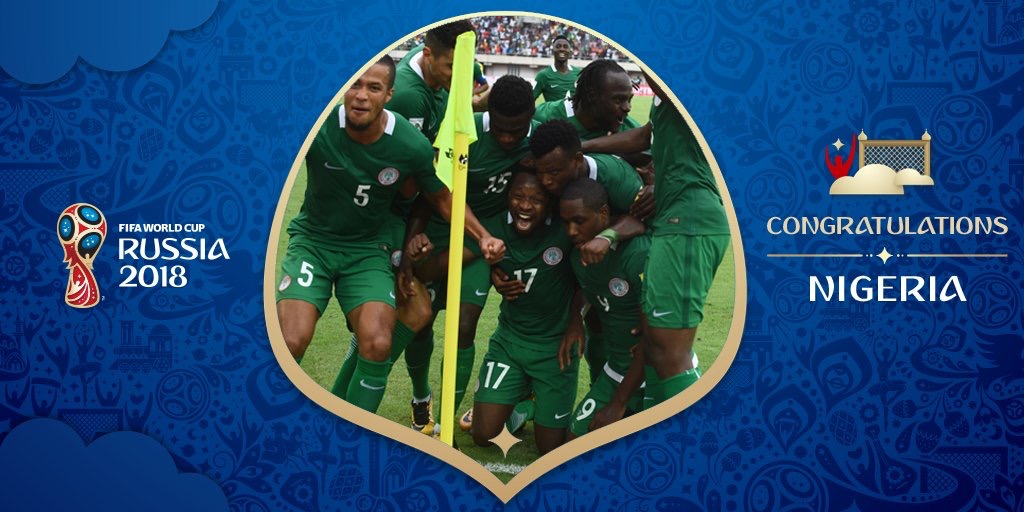 Femi Adesina, Abuja: President Muhammadu Buhari has congratulated the Super Eagles on their victory Saturday over the Chipolopolo of Zambia at the Godswill Akpabio International Stadium, Uyo, Akwa Ibom State.

The President, who described the hard-earned victory as “very sweet, soothing and a 57th Independence Anniversary gift to the nation,” applauded the nation’s senior men’s football team for the feat of making Nigeria the first African country to qualify for Russia 2018 FIFA World Cup tournament, with a match left to play.

As he joined millions of football-loving Nigerians in rejoicing with the players and their coaching crew, President Buhari called on all Nigerians to apply the values of perseverance, resilience, discipline, hard work and team-spirit which propelled the footballers to excel since the beginning of the qualifying matches, to all sectors of national life.

The President promised that the Federal Government will continue to support the team within available resources so that the nation will maximise the unifying potentials of sports in general and football in particular.

He enjoined the entire team and Nigerian Football Federation (NFF) officials to remain steadfast and focused when they begin preparations for the global football fiesta in order to make Nigeria proud.

President Buhari urged public, private organisations and well-meaning Nigerians to continue to assist the Super Eagles as the team heads for a sixth appearance at the summit of football competition.

The President also appreciated the government of Akwa Ibom State for the invaluable support it has been rendering to the football team, describing it as worthy of emulation.