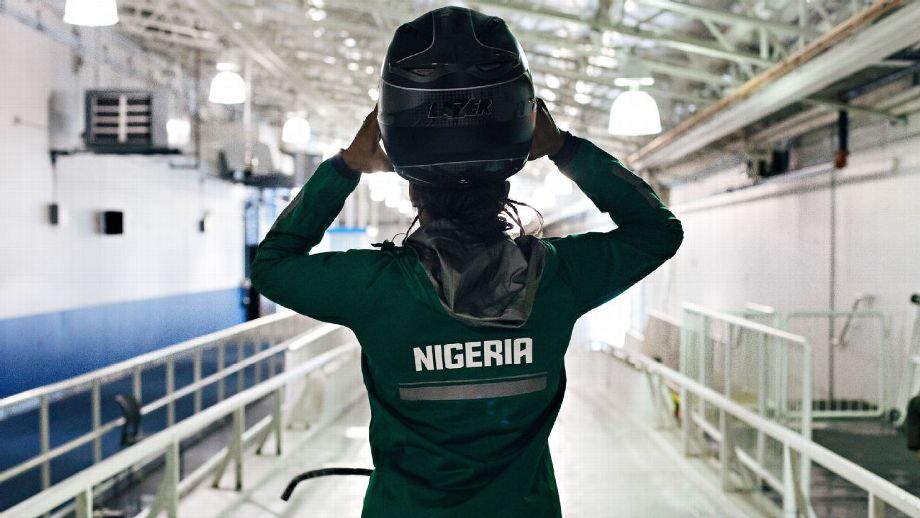 To quote the 1993 movie classic Cool Runnings — “(Jamaica) Nigeria we have a bobsled team.”

Super Eagles is usually the term associated with the Male Football team of Nigeria, our most dominant sports – however, when women like Seun Adigun, Ngozi Onwumere and Akuoma Omeoga are breaking boundaries and re-writing history not just of Nigeria but also of the African continent, then they have the country’s endorsement to be called the Odds defying Nigeria’s Super Eagles Bobsled team!

Seun, Ngozi and Akuoma will never forget the moment they raced across the finish line at a bobsled competition in Calgary to earn the ticket to the 2018 Winter Olympics — and the history books for Nigeria and Africa.

By completing the five required qualifying races, Adigun and teammates on the Nigerian bobsled squad are assured a trip to Pyeongchang, South Korea, in February. They must maintain their ranking in the top 40 until Jan. 14, which they don’t expect will be a problem. 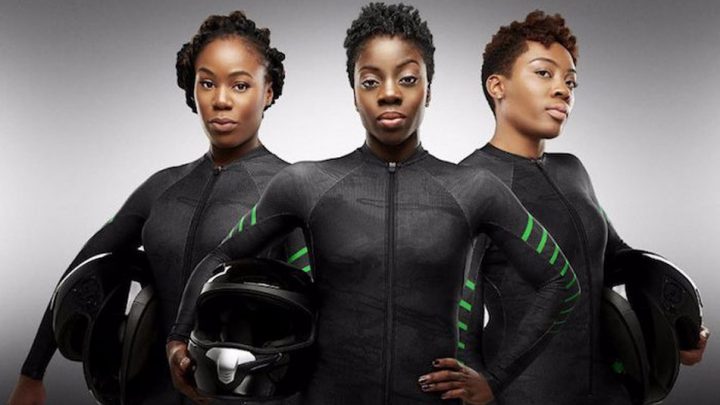 Bobsleigh or bobsled is a winter sport in which teams make timed runs down narrow, twisting, banked, iced tracks in a gravity-powered sled – it requires a lot of precision.

The timed runs are combined to calculate the final score. A crew is made up of a pilot, a brakeman, and, only in 4-man heats, two pushers. Athletes are selected based on their speed and strength, which are necessary to push the sleigh to a competitive speed at the start of the race. Pilots must have the skill, timing, and finesse to steer the sleigh along the path, or, ‘line’, that will produce the greatest speed.

The average speed of an Olympic bobsled is usually from 0 to 145km per hour, not an easy feat considering also the risk of crashing at 145kmh.

No African nation has ever competed in an Olympic bobsled event and for this trio of trail-blazing Nigerian women getting to the winter, games is where their journey begins, not ends.

The efforts of Seun, Ngozi and Akuoma mirror Cool Runnings(like the women version), the 1993 film loosely based on the first-ever Jamaican national bobsled team at the 1988 Winter Olympics in Calgary. Athletes representing a warm-weather country looking to break through in a winter sport can be strange but not something new. The Jamaicans did it, their story was the inspiration for the 1993 movie Cool Runnings, starring the late John Candy as the team’s coach.

Will they be the stars of the new Hollywood ‘Cool Runnings’? Who knows.

According to CBA.ca, among the many early challenges was training for a winter sport in warm weather. Adigun was studying to be a chiropractor in Houston and needed to find a way for the team to practise. So she went to a local hardware store and built a makeshift wooden sled with wheels. It allowed the team to work on their starts on a running track at the University of Houston.

Funding was also a big issue, so Adigun started a GoFundMe campaign that easily reached its goal of $75,000, due in large part to a single $50,000 anonymous donation.

Adigun says she’s watched the movie, but it wasn’t the team’s main motivation. She says she knew comparisons were inevitable and she’s honoured by them.

“We’re just fine with the comparison because they’re celebrated,” she said. “You know, if we can do something like that, that would be amazing.”

VISA saw the stories of this trio and decided to sponsor and fund their efforts, they’re confident they’ll give it their best in South Korea. 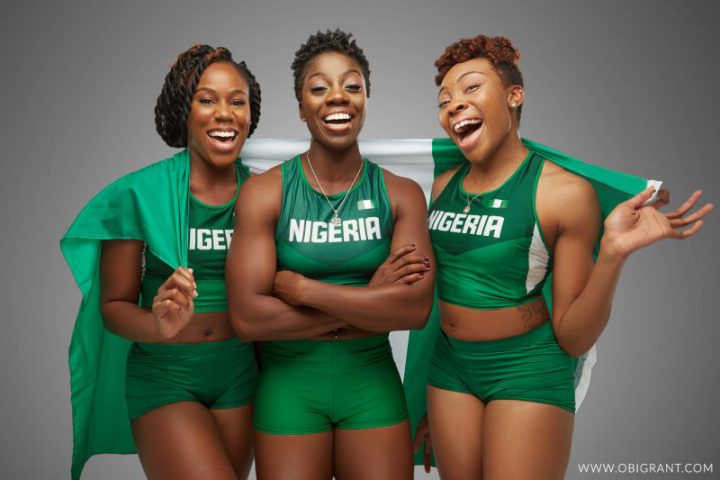 They’re also keenly aware that they’re seen by many as role models. Omeoga said knowing they have the power to inspire has been a motivation.

“I think the fact that people are looking up to us is actually what’s making us strive to be better.”

Solomon Ogba, President of the Bobsled and Skeleton Federation of Nigeria, was understandably thrilled at the achievement, saying via a media statement: “I commend the personal dedication and commitment of these women.

“Their hard work was inspiring and I hope Nigerians can appreciate what it took for them to achieve this – the work, the discipline, and the personal sacrifices. They were amazing throughout this journey.

“They are all very successful people in their own right – in sports and out of it, and somehow they are still motivated and still push for more success.

“I have watched them train and work hard to represent Nigeria at the Winter Olympics in a very technical and high-risk sport and they have achieved that. They should be very proud, and I am very proud of them.”

The whole of Nigeria looks forward to the efforts of these women as they lift our National flag high at the Winter Olympics Games in South Korea.