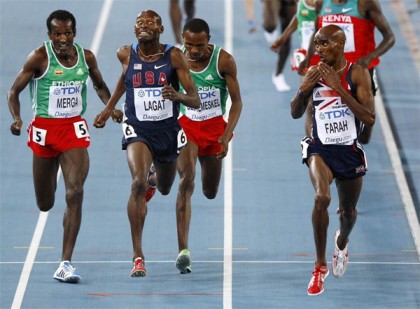 Nuhu made the assertion while speaking with the News Agency of Nigeria (NAN) on his athletes’ victory at the just-concluded 9th Splash FM/Ibadan City Marathon on April 9.

He said that in spite of clinching nine medals at the race, he was disheartened that Nigerian long distance athletes lacked necessary things to take them to international stardom.

“I am very happy that nine of my athletes were victorious but what is really bothering me is that we haven’t been able to defeat the Kenyans and Ethiopians.

“We have programmes that are vigorous but putting them under such conditions will make them to break down. They don’t eat well, they don’t camp together,’’ he said.

Nuhu appealed to more sport philanthropists and corporate organisations to come to the aid of distance runners with sponsorship.

“It is not very expensive to camp and train long distance runners, we seriously need assistance,’’ he said. (NAN)