Disu made the clarion call in an interview with the News Agency of Nigeria (NAN) while commenting on Wilfred Ndidi who was awarded the Leicester City FC’s Young Player of the Year. 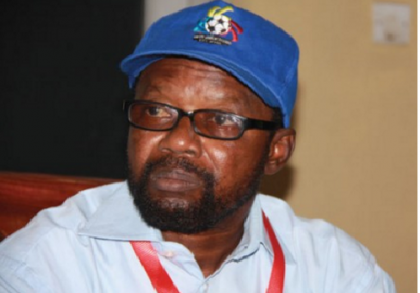 Reflecting on how the youngsters could be helpful in the Super Eagles’ squad, Disu said that the blend of young bloods from the local league with experience of older players would enhance the team’s performance.

“The Super Eagles need young bloods like Ndidi in the senior team which I believe will give the necessary blend the team needs to prosecute matches and achieve better performance.

“Experience has shown that these youngsters have passion for the game and they are more resilient in their approach to national engagements.

“Overtime some of the youngsters that broke into the national teams perform better than the older ones because the level of their productivity is still high.

“I will like to see some of the home grown talents being called up to the national team. We have many of their likes in the J-League,’’ he said.

Disu said that the J-League had produced players that could be regarded to as world class adding that some of the products of the league were making waves in Europe.

“Lagos J-League is a worthy example of grassroots academy that has produced world class footballers. Some of the graduates of the league are exceptional.

“We already have players such as Ndidi, Victor Osihimien, Taiwo Awoniyi, Stephen Odey and Dele Alampasu among others who can be regarded as the standing Eagles.

“There is no need of tagging them future stars; they should start to play now because this is the time the nation needs their youthful energy to perform.

“The inclusion of these youngsters will ensure better performance and results for the Eagles,’’ he said.

Disu said that the J-League would soon start and that he expected more super talents to be discovered during the season.

“The J-League will soon start and we are already screening the footballers. I hope to see more super stars discovered when we start the league.

“Within its short time in the football stage, the league is already making waves and I can attest to the fact that the league is one of the best organised junior leagues in Africa.

“The league is solely sponsored by the Lagos State Government and we are grateful to them for allowing the league to stand. The aim is to promote grassroots football.

“We have dutiful coaches who go out of their ways in recruiting outstanding players for the league, they are the ones calling the shot. We hope to see better performance this year,’’ he said. (NAN)