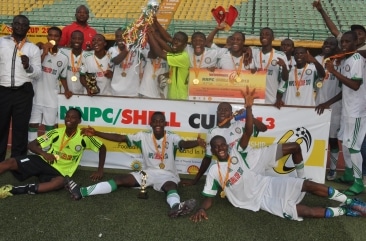 The Consultant to the NNPC/Shell Cup, Segun Odegbami, on Wednesday said that the competition had been yielding the desired results since its maiden edition.

Odegbami made the assertion in an interview with the News Agency of Nigeria (NAN) in Lagos while reviewing the finals of the 19th edition of the annual NNPC/Shell Cup football tournament for secondary school boys.

“So many players discovered at this tournament are all over the country and beyond, making their impacts in colleges, in universities; from time to time, we give the national team coaches the list of the players.

“Often, they are invited to camp by our coaches; we have had a good relationship with the handlers of these national teams; in that regards, it is fulfilling its objective,’’ Odegbami said.

On alleged poor officiating and dispute about the highest goal scorer, Odegbami told NAN they were technical issues that had being taken care of.

“Well, that’s a technical thing, the organisers will have to ascertain what is true, they need to check if the assertion is true, then we can make corrections,’’ he said

NAN reports that 2,750 schools participated in the 2017 edition concluded on Tuesday at the Teslim Balogun Stadium in Surulere, Lagos.

However, there was an argument that Ogbuehi Nzubechi of Holy Ghost School had eight goals. (NAN)