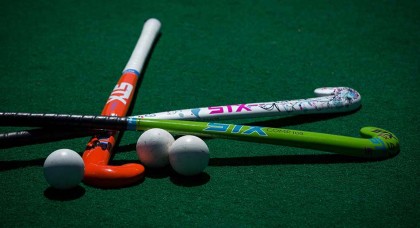 Gov Sani Bello of Niger State on Saturday in Abuja said plans were on ground to build new sporting facilities as well as renovate dilapidated ones in the state.

The News Agency of Nigeria (NAN) reports that Gov. Bello made the remarks while congratulating the defending champions, Niger Flickers on their victory at the just concluded Hockey Super League in Abuja.

Niger Flickers on Saturday emerged winners of the Hockey Super League, making it three times in a row the team had achieved the feat.

The governor noted the state government was committed to youths and sports development, adding that it was at the verge of signing a contract that would ensure that the youths are usefully engaged.

He announced that the government would reward Niger Flickers with two million naira for winning the 2017 Hockey Super League.

“I want to congratulate the winning state for this great achievement. This is indeed not a mean feat even though I am not surprised because the hockey league trophy has become our birth right.

“I want to assure you that we own hockey and will continue to make it a source of pride for the government and good people of Niger State as well as the country, ” he said.

He also announced a cash reward of N1 million to the runners up, Police Machine of Kaduna, adding that everyone was a winner.

“Even though we defeated the Police Club, we still need the police to give us security, so we will support the police hockey with the sum of one million naira,” he said.

He  urged the youths to pay more attention to sports instead of wasting their energies on illegal activities, and promised that the state would continue to encourage and reward its athletes.

The league which kicked off on July 8 ended on July 15. Both the winners and runners up will represent the country at the African Club Championship scheduled to hold in Cairo later in the year. (NAN)