The Minister of Youths and Sports, Solomon Dalung has decried the non issuance of visas to Nigerian athletes traveling to
Bahamas for the Commonwealth Youth Games. 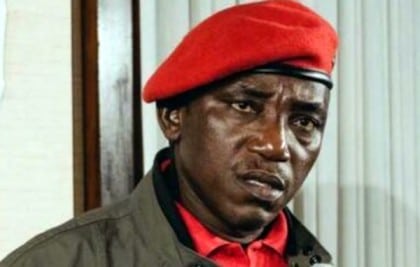 Dalung, in a statement by Nneka Ikem-Anibeze, his Special Assistant, criticised the refusal of the United Kingdom and the United States of America to issue transit visas to Team Nigeria.

Dalung protested to the Minister of Foreign Affairs, Geoffrey Onyeama over the matter and called for the review of policy on issuance of visas to Nigerian sports men and women.

Nigeria, having secured Bahamas visas, had applied to the United Kingdom for transit visas to enable the team to fly through London.

Dalung said that the team was also made to pay for priority service, in addition to the regular visa fees to expedite the process.

“All necessary travel documents to support their applications were included but only one person was issued visa out of the 26 while 24 were denied and one still pending.

“The same response was received when the Ministry of Youths and Sports took their applications to the U.S. Embassy,’’ he said.

The minister expressed dismay that in spite of several attempts to get the Foreign Affairs to intervene, the embassies refused to grant some members of the team transit visas.

“I am in pains and I have been devastated because this has serious implications on the psychology of these young people who had offered to serve their country.

“I have deposited a protest with the Minister of Foreign Affairs against the two countries to explain to us why these young people who are sports men and women were denied mere transit visas.

“We were not asking for residence or long term visas. We just requested for airport direct air-side transit visas which will only allow them remain at the airport and change aircraft for onward journey.

“We will need an explanation from these countries. It is unfortunate,” Dalung added.

The minister, however, called for a review of such policies that hampered solidarity among nations.

“Ironically, we don’t have such harsh policies in Nigeria. Citizens of these countries walk into Nigeria like lords but Nigerians seeking just transit visas are treated like common criminals in these countries.

“This cannot continue. We must redefine our relationship. If it is not mutually inclusive and beneficial, then we should know where we belong, he said.

Dalung also thanked the parents of the athletes  for allowing their children to be in camp for over five weeks.(NAN)