With the 2016/2017 Nigeria Professional Football League (NPFL) crown apparently going to the wire, Lagos-based MFM FC have promised to fight on till the last whistle of the league game. 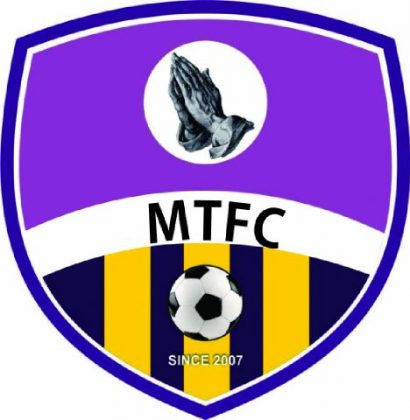 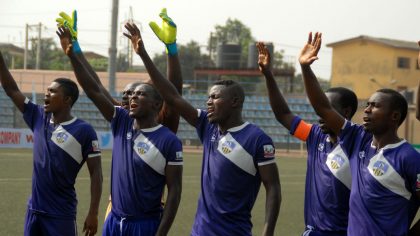 The News Agency of Nigeria (NAN) reports that the recent slump by the league table toppers Plateau United necessitated the delay in crowning the 2016/2017 NPFL champions. Only a point separates the two leading teams on the league table, with Plateau having 63 points and MFM 62.

The Peace Boys from Jos should have wrapped up their league victory but they suffered a shocking home draw on Match Day 36 and an away defeat on Day 37.

The Kennedy Boboye-tutored side of recent had failed to sustain the tempo which saw them on the summit of the table as they could only manage a 1-1 draw against a spirited Rivers United.

The team also failed to win their last match as they also slumped to yet another 0-1 defeat in the hands of Wikki Tourists of Bauchi.

With the slump experienced by Plateau United, second placed team, MFM who have been on their trail are now confident of springing a last minute surprise to snatch the crown.

The high-flying MFM on their part was able to put sword in the heart of their opponents Nasarawa United at their Soccer Temple Agege Township Stadium , winning 2-0 on Matchday 37, despite losing Matchday 36, away to Abia Warriors.

A stunning free kick from defender Stanley Okorom in the 13th minute and an assist for Tchato Giscard who scored a blazing header in the 46th minute gave the Olukoya Boys the comfortable win on 31 August.

Commenting on the possibility of catching up with Plateau United, MFM image maker, Olawale Quadri, said: “It is not over until it is over’’ in their pursuit of the 2016/2017 league shield.

“We need to put this straight. We are still very much in contention for the league crown. The winner has not emerged yet, so we are fighting on.

“The league still has a match to be played and we will do our best not to disappoint our fans. We made a promise to win the league and we are still on course.

“No one expects the league leaders to slump like that, since they are now vulnerable to defeat. Owing to the pressure on them, we will not leave it without a fight.

“MFM are known for their fighting spirit and we are ready to sustain that. We won’t let go, No retreat no surrender,’’ he said.

Quadri said that aiming for the league crown was not yet a “Dead duck” but that the club was motivated with the difficult match, against in-form Rangers International, ahead of their rival Plateau United.

“We can catch up because Plateau United should now be under pressure and their last match against the incumbent champions Rangers International of Enugu may not be a ride in the park.

“Rangers are now in a precarious situation and they must not lose their last game for the fear of relegation. They will want to fight.

“Our own game which is away will also be tough but nothing is impossible. We are not yet fulfilled. Our target is the league crown which is not far away.

“We want to put smiles on the faces of the Lagos supporters who have been the motivation behind the team since we started the campaign in the NPFL,’’ he said.
MFM will be travelling to Maiduguri to meet El-Kanemi Warriors on 9 September.

NAN reports that only a point separates the two contenders for the 2016/2017 league crown. The league leaders, Plateau United, are on 63 points, while MFM second are on 62 points.

A win for both clubs will crown Plateau United, while a draw or defeat for them will see MFM a surprise winner of the coveted season shield, if they beat El-Kanemi. (NAN)