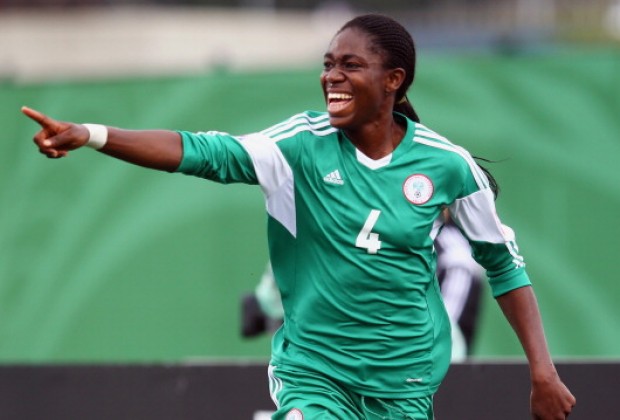 Newly crowned and Three-time African Female Footballer of the Year, Asisat Oshoala, was the guest of Governor Akinwunmi Ambode in Lagos this week.

The footballer, who now plays in China was received by Ambode at the State House, with the governor declaring her a “sports ambassador of Lagos”.

“We are proud of her achievements”, the elated governor said.

Oshoala, 23, plays for the Chinese side Dalian Quanjian F.C. in the Chinese Women’s Super League as a forward.

She was born in Ikorodu, Lagos West on 9 October 1994. She plays for the national female football team, the Falcons and had also played for Liverpool and Arsenal in England.