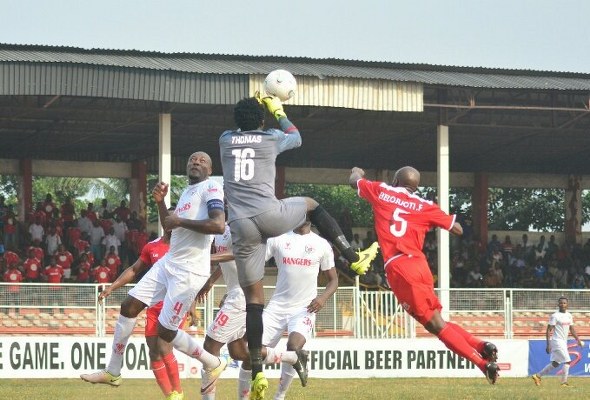 Abia Warriors’ forward Effiong Ndifereke helped to turn the team’s fortunes around with a brace in the ninth and 29th minutes in the match played at the Umuahia Township Stadium.

The players however turned casual in their approach to the game, allowing the visitors to dictate the pace, with several incursions into Abia Warriors’ defence.

The Damaturu- based boys sustained the pressure until the 79th minute, when Manika Usman’s grounder beat Abia Warriors’ goalkeeper for the visitors’ lone goal.

Yobe Stars’ coach Ganaru Mohammed, in a post-match interview, said he was disappointed with the outcome of the game and admitted that his players were ordinary in the first half.

“My players did not perform well in the first half. They allowed Abia Warriors to over-run them,” Mohammed said.

He said that he expected that they could pick a point in Umuahia, considering that Abia Warriors had drawn their last two home matches.

Deutsch gave assurance that they would continue to work hard for better results in their home and away fixtures.

The News Agency of Nigeria (NAN) reports that the Umuahia-based side had been uninspiring with two successive barren draws at home.

These were against Sunshine Stars FC of Akure and Rangers International FC of Enugu.(NAN)