Thugs on Saturday invaded the premises of Jay 101.9 FM, Jos and abducted Ferdinand Mbum, a sports presenter, for allegedly criticising the management of the Plateau Utd FC of Jos. 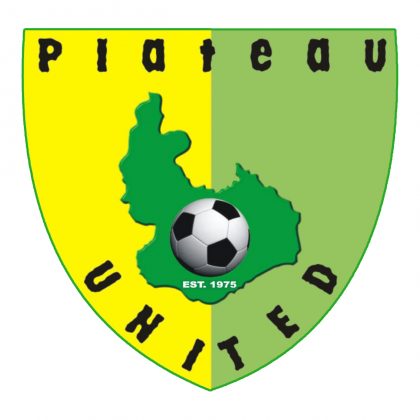 According to Mr Mangna Wamyil, the radio outfit’s Station Manager, the incident took place around 6:25 p.m., shortly after a magazine sports show called “Sports Extra”. The sports programme runs from 4-6 p.m. daily.
“The thugs, who were led by the Chairman of Plateau Utd Supporters Club, Mallam Audu, claimed to have been ordered by the General Manager of the football club, Mr Pius Henwan, to assault the presenter and abduct him.
“They invaded our premises in a black Honda Accord, and a Peugeot 406 Wagon, and took Mbum to an unknown destination.

“It was a scary scenario that appeared like a movie. When we recovered from our shock, we rushed to the MTD Police Station, Anglo Jos, around 8 p.m.
“Eventually, our lawyers found the presenter at the `A’ Division of the Nigeria Police Force, Jos where he was bundled to, by the thugs.
“The lawyers were told that a complaint of defamation of character had been lodged against the presenter by the General Manager of the football outfit,” Wamyil told the News Agency of Nigeria (NAN), on Sunday.
Wamyil explained that Mbum, while presenting the programme, had quoted a source from the accounts department of the club as saying that the cash reward promised the players by Gov Simon Lalong, after they won the 2016/2017 professional league, had not been redeemed.

The governor had promised a cash reward of more than N1 million for each player, while the officials were also promised various sums.
“Mbum also reported that match allowances for the 1-0 Confederation of African Football (CAF) Champions League victory against Etoile Du Sahel, ranging between N75,000 and N150,000, were not paid to the players.
“The presenter quoted the source as saying that the players were not paid the allowance because they failed to qualify for the next round of the competition, having lost first leg in Tunisia by 3-1.
“In the programme, the presenter said that such attitude was not good for the morale of the players, and promised to dig deeper to ascertain what actually transpired.

“Sadly, about 25 minutes after the programme, the thugs invaded the station and attacked the presenter,” he fumed.
He commended the lawyers for the efforts that ensured the release of Mbum just before midnight, adding that the lawyers were ordered to return the accused to the police station on Monday, March 26.
Wamyil expressed shock that the management of Plateau Utd FC could take the law into its hands “in such a crude manner”, saying that Mbum was merely doing his job as a journalist and watchdog of the society.
“Certainly, such crass impunity should have no place in an enlightened society like ours.
“The Jay 101.9 FM has been a major supporter of Plateau Utd FC, giving them free publicity. It is very painful that we should be paid this way,” he said.
He opined that the incident had shown that Henwan was not suitable to manage a football club like Plateau Utd, and vowed to pursue the case to its logical conclusion.

Contacted, Henwan denied ordering thugs to assault Mbum.
“I was called to the police station yesterday to write my statement on the matter. I did that and left.
“I explained to the Police what I know about the whole development in my statement.
“I want to put it on record that I did not order or instruct anybody to do what they did,” he claimed.
The General Manager, however, said that it was not the first that Mbum had gone on air to criticise Plateau Utd FC without verifying his facts with the management.
“Responsible journalists have a duty to balance stories before going on air,” he declared. (NAN)