Slovakia beat Nigeria 3-0 on Friday to end the latter’s hopes of promotion to the championship division of the World Team Table Tennis Championship on Friday in Halmstad, Sweden. 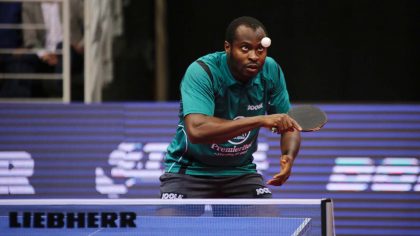 After losing earlier to the same side at the event’s group stage, the trio of Aruna Quadri, Olajide Omotayo and Bode Abiodun appeared unfit to break down their opponents.

The News Agency of Nigeria (NAN) reports that teams in the tournament are placed according to their rankings.

The countries who qualify for the finals of the division two event will be promoted to the championship stage, which is the top tier of the world team event.

Nigeria still remains in division two and will compete at Busan in Korea, in 2020.

The ongoing tournament which began in April 29 will end on Sunday.(NAN)