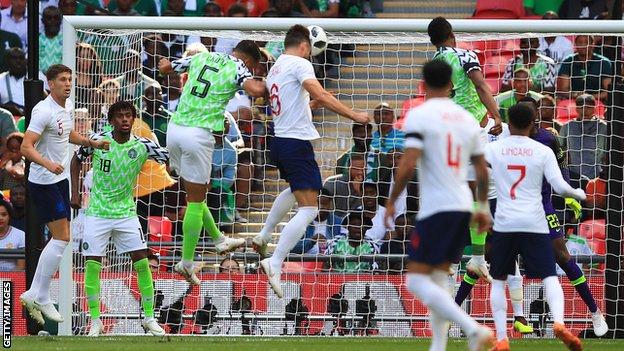 Nigeria’s World Cup Preparation continued with a loss to the English squad at Wembley.

Chelsea defender Gary Cahill celebrated his return to England’s squad and stepped up his claims for a starting place against Tunisia in Volgograd on 18 June by opening the scoring with a powerful header after only seven minutes.

England’s total first-half domination was emphasised when captain Harry Kane scored his eighth goal in his last seven appearances six minutes before the interval when Nigeria keeper Francis Uzoho allowed his 18-yard shot to slip in. 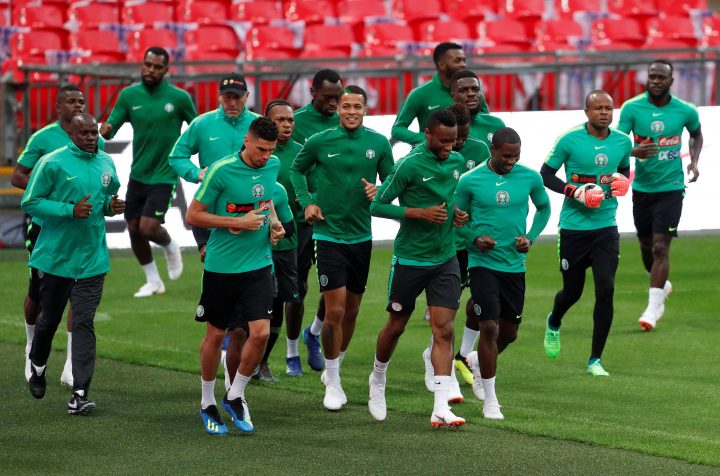 Arsenal’s Alex Iwobi gave Nigeria’s thousands of fans inside Wembley hope two minutes after the break with a crisp finish but England – who had Raheem Sterling booked for diving – closed out the victory in relatively untroubled fashion.

The Super Eagles will need to improve when they take on Croatia, Iceland and Argentina in World Cup Group D.

England are due to finish their preparations for the tournament with a friendly against Costa Rica in Leeds on June 7, while Nigeria play Czech Republic in a friendly on June 6. 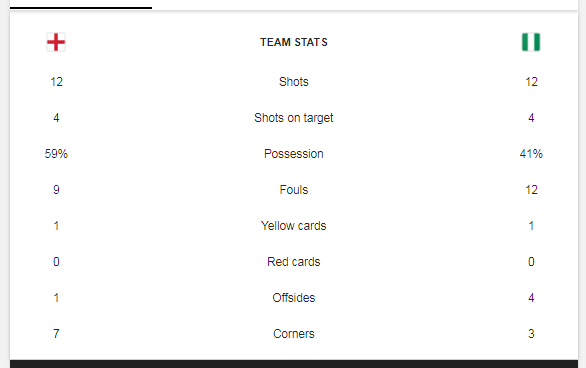 Also in other news, Coach Garnet Rohr named the final 23 man list for the Super Eagles for the Russia 2018 FIFA World Cup  – 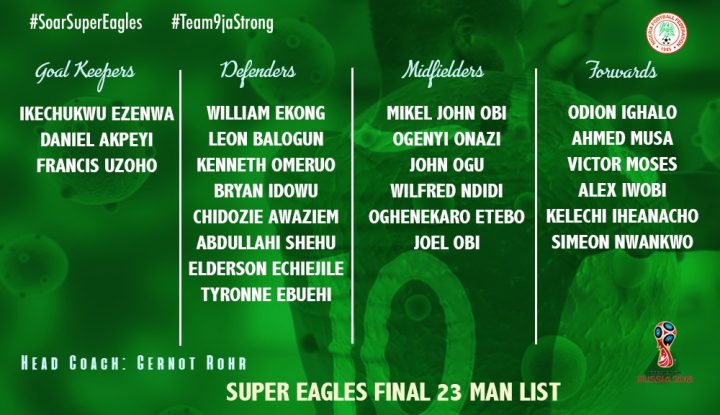