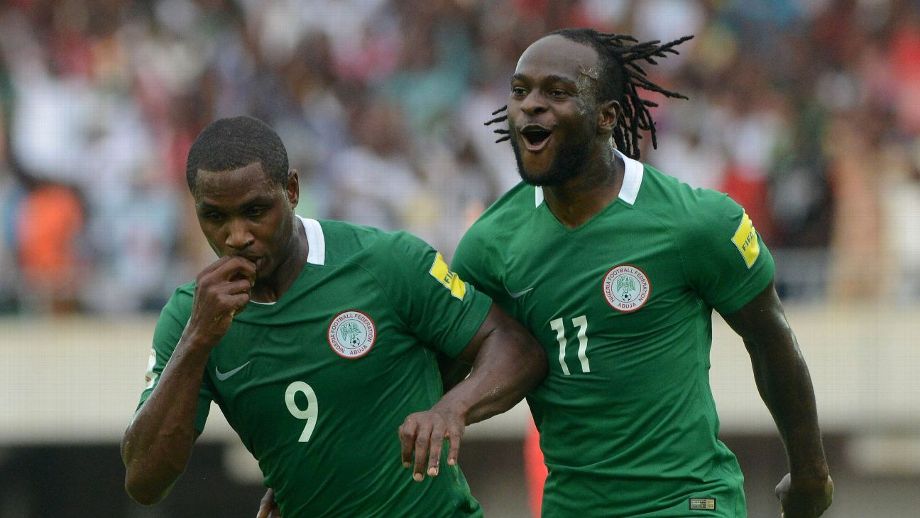 Victor Moses’s penalty was enough for Nigeria to kick off their pre-World Cup programme with a 1-0 victory over Poland at the Municipal Stadium, Wroclaw on Friday.

The Chelsea man won and then converted a 61st-minute spot-kick to extend the Super Eagles’ impressive form under Gernot Rohr, a run which has seen the West Africans lose just once during the German’s managerial reign.

The Eagles lined-up with a largely familiar team, although Rohr answered pre-match speculation about the identity of his first-choice goalkeeper by handing teenager Francis Uzoho his first international start.

The Nigerians started the first half the brighter of the two sides in a physical contest, but the best chance of the half fell to Poland, with Willian Troost-Ekong clearing what seemed a certain goal off the line before the break.

It was the first of a series of questionable and nervy moments for the 19-year-old Uzoho, who often appeared indecisive with his positioning and decision-making.

However, the Deportivo La Coruna youngster redeemed himself with two big saves against Polish captain Robert Lewandowski, on a day in which the prolific forward was largely neutralised by the hardworking central defence pairing of Troost-Ekong and Leon Balogun.

The decisive moment arrived on the hour mark when Moses, who was largely under-par for the duration of the game, skipped past two markers before been brought down by Marcin Kaminski in the box.

The Chelsea wing-back stepped up to tuck away his 11th international goal, executing a superb penalty which left goalkeeper Bartosz Bialkowski rooted to the spot.

The Poles responded by upping the ante, and almost equalised when Artur Jedrzejczyk’s goal-bound header appeared to take a slight touch off Uzoho. The onslaught on the Eagles’ goal continued, with Grzegorz Krychowiak looking the biggest threat to pull a leveller for the hosts.

In the end, the Super Eagles held on for a win, and will be confident of building on that impressive result when they face Serbia in London on Tuesday.