Lagos-based MFM FC will face an uphill task overturning the 0-1 defeat they suffered in the hands of visiting Djoliba FC of Mali in the elimination match of the CAF Confederation Cup at the Agege Township Stadium.

The News Agency of Nigeria (NAN) reports that the Olukoya Boys tasted the first home defeat this season and also became the first to lose at home to the visitors. 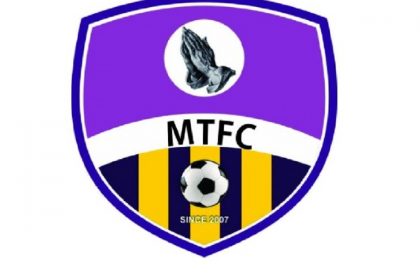 MFM paid for their lacklustre as they bowed to the more determined Djoliba FC after they fielded what could be described as the second team in a continental championship.

MFM had started the game on a wrong footing as they were dominated by Djoliba FC in the first half.

Things took a new twist during the second half as Mohammed Cisse broke the deadlock with a stunning header.

“The Malians are better, but it is not yet over. Speaking the truth, it is a very difficult situation right now. Sad news, bad result, but at the same time it is football.

“Every coach is always positive, but in football, we must say the truth, the truth is that with this condition, the Malians have the advantage.

“We don’t underrate any team even if it is grassroots team. So what we showcased today is what we have; we cannot use what we don’t have.

“Before the CAF Champions League, I said a lot about signing players. This is our structure, this is what we have and  may be fatigue played a role too,’’ he said.

Ilechukwu said the absence of his regulars also affected the team’s structure and patterns.

“The absence of Sikiru Olatunbosun, Waheed Akanni and Akeem created a lot of problem for us and it is always giving me concerns.

“If we have Olatunbosun, Akeem and Waheed, we won’t have this type of problem, but I have talked to the management.

“We are sorry for what happened today, very painful and it is hard on us,’’ he said.