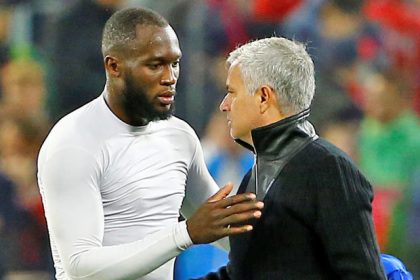 Mourinho has had strained relationships with some of his players at the club since taking charge in 2016.

Most notably with record signing Paul Pogba, but Belgian Lukaku said he preferred the manager, to be honest.

“People need to appreciate that at least there are people who are real in this world like him.

“Because most managers in the league, when they are not happy they try to find a way to seem happy,” Lukaku told the BBC.

“You should respect that he wants to keep his personality and not shy away from confrontation. He wants us to improve. He’s a normal guy… he’s cool with everybody.”

Lukaku suggested that players had to toughen up in the face of criticism and respond with better performances.

“Sometimes footballers, we get soft. If I listen to players from back in the day and now, a manager cannot say what he wants to a player because you feel attacked,” he added.

“But I don’t feel attacked, because that’s who I am – I am a tough man, but that doesn’t come from football, that comes from my background.

“My relationship with him (Mourinho) is cool. He makes me laugh, he makes the players laugh, he’s a real family guy. He fights for his players, but he’s real.”

United, who are 10th with six points from four matches, will look to end Watford’s perfect start to the campaign when they travel to Vicarage Road on Saturday. (Reuters/NAN)