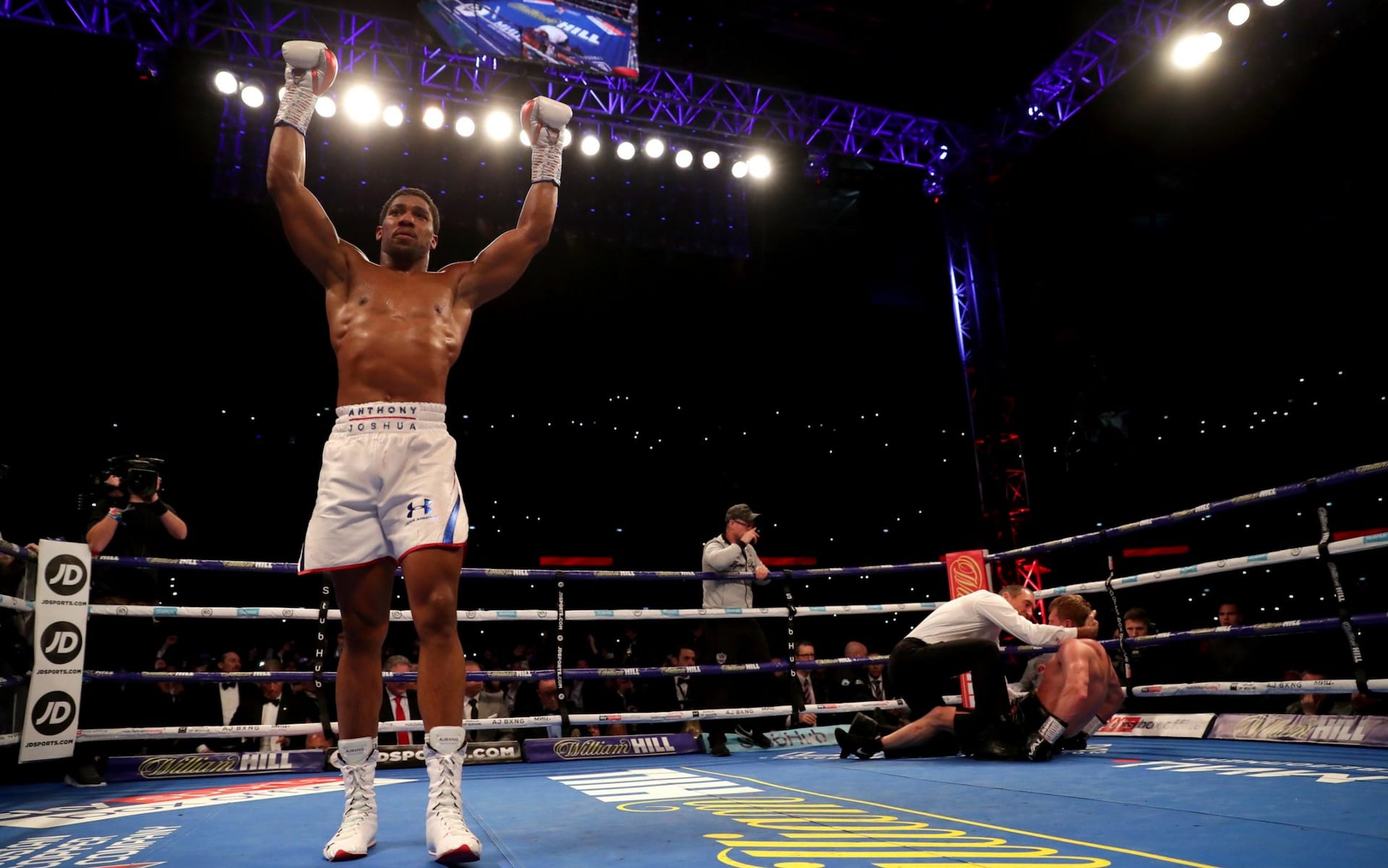 Since adding his third world title with March’s victory over Joseph Parker, the return of Tyson Fury and frustration over his inability to secure a unification match-up with WBC champion Deontay Wilder has threatened that very reputation.

That an estimated 68,000 were present at Wembley Stadium – significantly fewer than the 90,000-strong crowd that attended last year’s victory over Wladimir Klitschko – demonstrated that, but he professionally overcame an opponent of ambition and class.

The 39-year-old Povetkin, like Joshua an Olympic gold medallist, had previously lost only to Klitschko and over the distance when the great Ukrainian was at his peak. Joshua capitalised on his aggression in a way that Klitschko could not, dropping him once before stopping him on his feet.

Joshua had spoken in the week of feeling “tons of pressure” to perform and the confirmation of the December 1 date for the higher-profile fight between Wilder and Fury will not have helped, but if he felt that pressure in the ring, it did not show.

With the physical advantages over an opponent who fought Klitschko on the same evening Joshua made his professional debut, it would have proved a significant upset had the champion secured anything other than his latest victory.

Hearn has his say:

Promoter Eddie Hearn has been in the ring and talked up what is next for his fighter.

​”Joshua is the one stepping up fighting these great fighters. He’s not an Instagram champion, he’s a real world champion. Our focus is on AJ being the undisputed heavyweight champion of the world.

“We’ll go away and negotiate with Wilder’s team again, who knows if Fury-Wilder will even happen?

“If it’s not Deontay Wilder, I think it’ll be Dillian Whyte here in April.