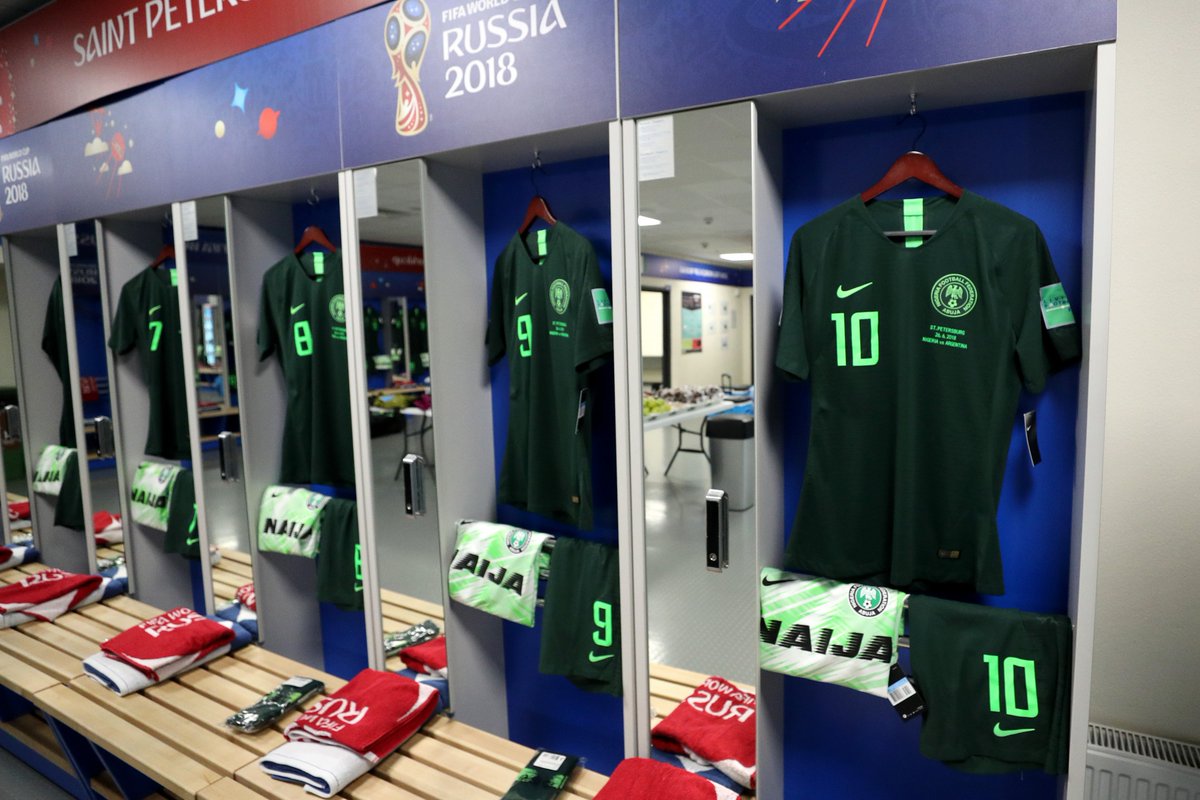 Arsenal FC of England forward Alex Iwobi (who scored the goal against Zambia that qualified Nigeria for the 2018 FIFA World Cup at the same venue a year ago), will return alongside Italy –based duo William Ekong and Olaoluwa Aina. All three missed the 3-0 win over Seychelles in Mahe last month due to injury.

Goalkeeper Ikechukwu Ezenwa is the only home-based professional.

China-based forward Odion Ighalo and Russia –based defender Bryan Idowu are also among the pack that has been called to hunt for the six maximum points against Group E leaders Libya in the Matchday 3 and 4 games. Nigeria host the first leg at the Godswill Akpabio Stadium in Uyo on Saturday, 13th October with the return scheduled for the 18,000 –capacity Stade Taïeb Mhiri in the city of Sfax, Tunisia on Tuesday, 16th October.

Also back is effervescent winger Moses Simon (edged out of the World Cup party by injury). Former junior international Isaac Success is called but Italy –based Simeon Nwankwo, who was in Seychelles and scored against Liberia in a friendly last month, is omitted. 2015 U17 World Cup –winning captain Kelechi Nwakali is also overlooked.

All invited players are to report in the Akwa Ibom State capital on Monday, 8th October 2018. 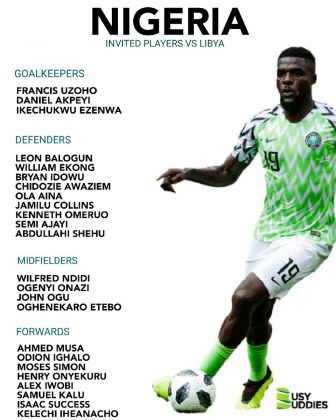