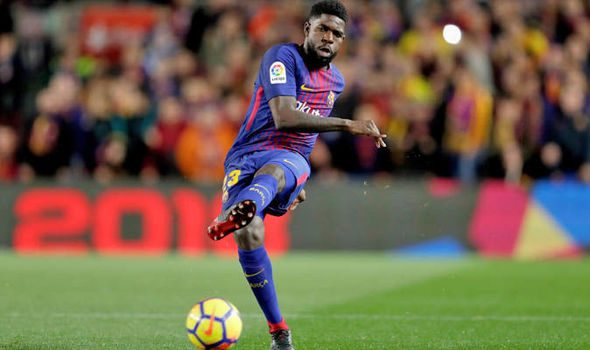 The knee injury sustained by FC Barcelona’s World Cup-winning defender Samuel Umtiti is not healing as planned, a section of the Spanish media reported on Thursday.

The France player may be forced to undergo surgery which would put him out of action until 2019, the media reported.

The centre-back has not played for the La Liga champions since their shock 2-1 defeat by Leganes on Sept. 26.

The club have however said Umtiti was out of action due to discomfort in his left knee.

Barcelona-based newspaper Sport said on Thursday the injury was taking longer to clear up than expected, and Umtiti and the club must decide whether or not to opt for knee surgery.

This would leave him on the sidelines for several months, or else he should undergo treatment to regenerate the cartilage.

Spanish daily Mundo Deportivo said Umtiti was expected to miss Barca’s top-of-the-table clash with Sevilla on Oct. 20 and the “Clasico” against Real Madrid on Oct. 28.

He is also expected to miss the 2018/2019 UEFA Champions League home game against Inter Milan on Oct. 24.

FC Barcelona did not immediately respond to a request to comment from Reuters.

Barca are second in the La Liga standings but have the worst defensive record of the top eight teams in the league, having conceded nine goals in eight games.

They have conceded 12 goals in 11 matches in all competitions.

Ernesto Valverde’s side are without a win in their last four league games.(Reuters/NAN)