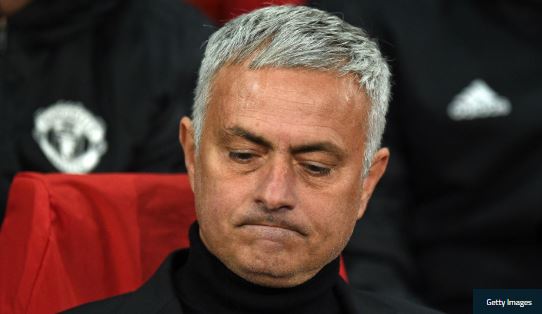 Jose Mourinho
There have been many one-sided footballing lessons doled out on Champions League nights at Old Trafford over the years, but never before has it been like this.
The red tide enveloping opponents was a regular occurrence in the era of Sir Alex Ferguson but against Juventus – referred to as ‘one of Europe’s super teams’ in Jose Mourinho’s programme notes – it was Manchester United suffering as their visitors out-passed, out-ran, out-enthused, out-thought and ultimately outclassed a home side that did little more than sit back and watch the Bianconeri with mouths agape.
This was a 1-0 hammering.
The Old Lady looked her dazzling best in the first half, commanding 68 per cent of the ball and running rings around United at will. Paulo Dybala scored their goal during a period of pressure which saw Juve cut through the home side time and time again.
The Argentine had already threatened to score from a similar position, narrowly failing to get the desired contact on a goal-bound header from Juan Cuadrado’s cross after he had initially fed the ball to the Colombian after a probing run which caught Nemanja Matic flat-footed and out of position.
Despite that warning, Dybala was allowed to sweep the ball home moments later after Cristiano Ronaldo – on his return to his former club – had seen his cross for Cuadrado half-cleared by Chris Smalling.
There was barely any let-up and United looked leggy enough to speculate whether they had actually joined their manager Jose Mourinho in completing a half-mile dash to the stadium following pre-game traffic chaos.
They didn’t press, failing to get close to Juve in key areas. There was no urgency, with too many slack balls seeing them surrender possession on the rare occasions they had it.
Mourinho had gone with an unchanged side for the first time in 46 matches, sticking with what on paper looked like a more offensive 4-2-3-1 but, in practice, he appeared only to have squandered the chance to win the midfield battle, with none of his four attackers causing any kind of problems for the sturdy Juve defence.
At one point around the half-hour mark every single Juventus outfield player had touched the ball more often than everybody in a red shirt. It really was a schooling.
The second-half performance was much better from United but they still looked second best. To call their showing after the interval an improvement would be to damn them with faint praise.
For as long as the margin remained so slender there was always the outside chance of an equaliser, and hope endured on the Old Trafford terraces. But this was one of those games in which a draw would have been a gut punch to the worthy winners, a ‘Get out of Jail’ card for the team left standing and admiring for so much of the contest.
They did finally begin to up the tempo late on and Paul Pogba saw one effort hit the post and squirm away for a corner after coming back off Wojciech Szczesny. And there were the odd individual performances of note, notably from Victor Lindelof.
But United didn’t deserve this to be their night. Their first-half performance was not worthy of a late comeback similar to their come-from-behind efforts against Newcastle and Chelsea in their last two fixtures.
One-nil going on six. Battered but flattered. This was the affirmation that United still have a long, long way to go to become one of Europe’s ‘super teams’ again.