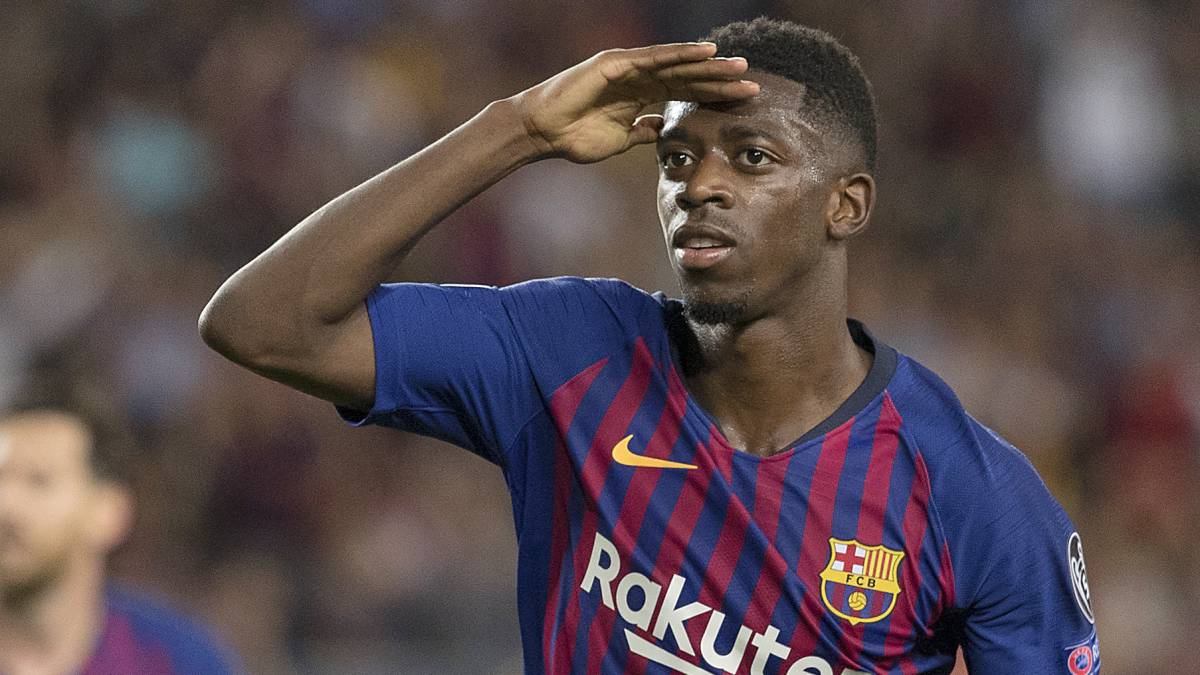 Frenchman Ousmane Dembele’s 90th-minute strike rescued FC Barcelona a point at Atletico Madrid in a 1-1 draw on Saturday which kept the Catalans top of the Spanish La Liga.

The France winger came on as a substitute and drove in a low shot which was deflected past goalkeeper Jan Oblak.

And it appeared to have sent the Atletico Madrid side top of the La Liga standings.

But Dembele’s late contribution stopped FC Barcelona from falling to a second consecutive defeat and kept them one point ahead of their opponents at the summit.

Barca coach Ernesto Valverde brought Samuel Umtiti back into the side after nearly a two-month injury absence.

He started with Dembele on the bench, after defending the player on Friday following media reports of unprofessional behaviour.

Atletico Madrid set the pace in a miserable first half, and Diego Simeone’s side were typically cautious, reluctant to give FC Barcelona’s top players much space to move into.

Sergio Busquets was booked on his 500th appearance for FC Barcelona, the seventh player to reach that milestone.

Atletico Madrid’s Lucas Hernandez also had his name taken for a foul on Lionel Messi.

The Argentine forward curled the free kick over the bar and it was as close as either side came before the break in a half with no shots on target.

It was the first time that has happened in La Liga this season.

Costa went close to breaking the deadlock when he slid in for Griezmann’s cross but Barca defender Gerard Pique got a touch to divert the ball out of the striker’s path.

Atletico Madrid appealed for a penalty kick, after Arturo Vidal headed the ball against his own hand.

But the Video Assistant Referee (VAR) did not require referee Jesus Gil Manzano to watch a replay of the incident.

Costa broke the deadlock, ending a personal 18-match goal drought in La Liga and scoring against Barca for the first time.

Valverde then sent Dembele on to try to rescue a point.

The 2018 FIFA World Cup winner obliged at the death, taking Messi’s pass, cutting inside and firing in a shot that deflected off Oblak past Lucas on the line.(Reuters/NAN)