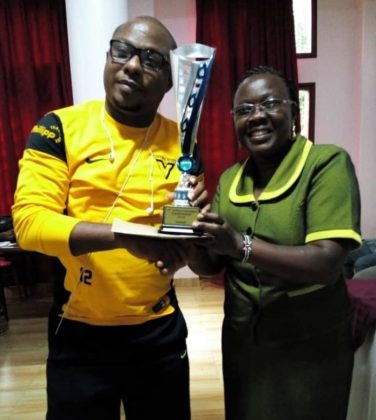 The team’s coach, Anthony Ikolo, told the News Agency of Nigeria (NAN) on Sunday in Abuja that Peter emerged champion with two more games to play at the championship.
According to him,  Nigeria once again dominated the African scrabble scene after retaining both the individual and country trophies for the 12th consecutive time.
“Peter proved beyond reasonable doubt why he is the world’s second best player after winning the African scrabble best player award at game 30 of the just-concluded African Scrabble Championship.
”Kudos to all eleven players in the team for flying the flag of our beloved country Nigeria,” he said.
NAN reports that players from seven countries took part in the championship, namely Nigeria, Kenya, Uganda, Sierra Leone, Gambia, Tanzania and Zambia.
After Round 32 of the competition, seven Nigerians were in the top 10 with other four Nigerians among the top 40 players.
They were placed first, second, third, fifth, eighth, ninth and tenth, while they also placed 15th, 25th, 26th, and 38th.
This means all 11 Nigerian players at the championship placed among the top 40 at the competition.
Below are the positioning of Nigeria’s players at the championship:
1. Peter, Moses
2. Jighere, Wellington
3. Karo, Eta
4. Oyende, Allan
5. Ikekeregor, Dennis
6. Edwin-Mugisha
7. Njoroge, Stanley
8. Etim, Nsikan
9. Gbaraba, Raymond
10. Oduwole, Olatunde
11. Mbugua, Nicholas(NAN)