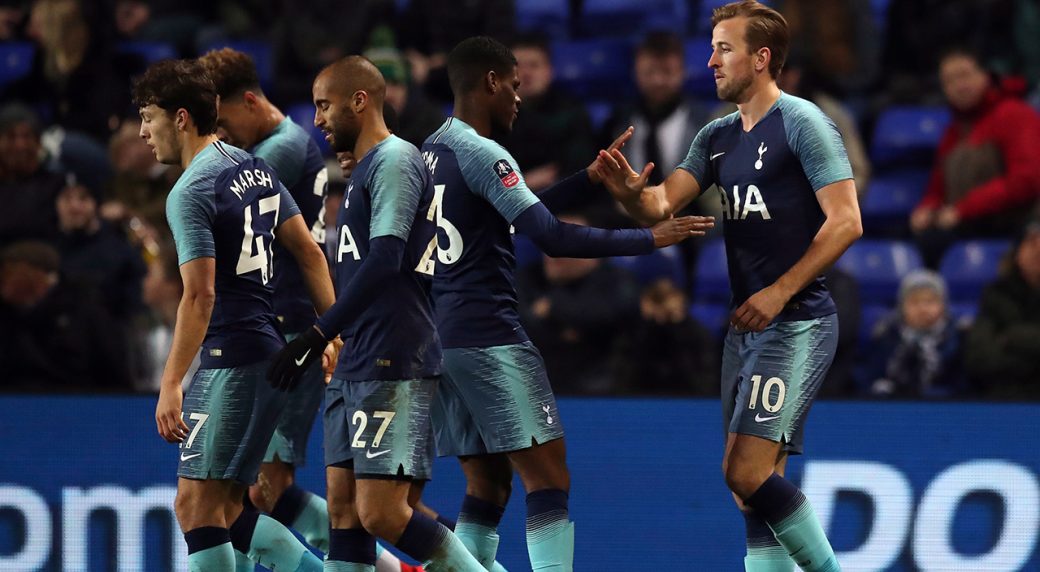 Spurs chalked up their biggest ever competitive away win after defender Serge Aurier broke the deadlock with a deflected shot from the edge of the area five minutes before the break to breach a Tranmere side who had competed well in the first half.

It was a very different story after the break with Llorente, restricted to a place on the bench for much of this season, slotting home from close range after Son Heung-min burst down the right and delivered a perfect low cross.

Right back Aurier then added his second goal, driving the ball home after excellent creative work from Son.

South Korean forward Son himself made it 4-0 with a solo run from inside his own half, without a challenge from Tranmere’s defenders, which ended with a clinical finish.

Tottenham’s promising 18-year-old midfielder Oliver Skipp then delivered a wonderful through ball for Llorente who slipped the ball home to make it five in the 71st minute.

A minute later the former Athletic Bilbao striker completed his hat-trick, poking home a low cross from Lucas Moura, and within minutes Mauricio Pochettino had taken him off, adding to Tranmere’s troubles by bringing Harry Kane off the bench.

The England captain added the seventh by cleverly flicking the ball over goalkeeper Scott Davies after a defence-splitting pass from Dele Alli. (Reuters/NAN)