One Year on, Coutinho Struggling to Justify Record Move to FC Barcelona 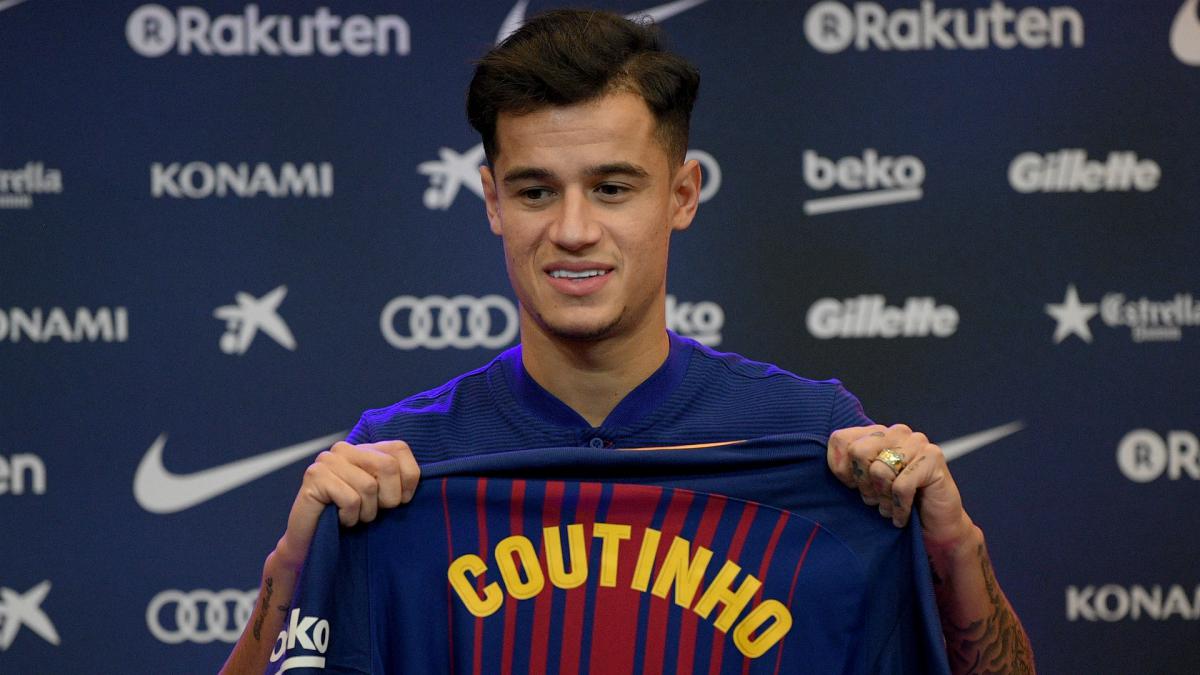 (Reuters/NAN) FC Barcelona shelled out a club record 160 million euros (£143.7 million) to prise Philippe Coutinho from Liverpool, yet one year on from his signing, the Brazilian is struggling.

He is struggling to get a game while his former side are thriving in his absence.

Coutinho, the third most expensive player in the world behind Neymar of Paris St Germain (PSG) and Kylian Mbappe, made a flying start to his FC Barcelona career.

He had 10 goals in his first five months, giving the team a more direct outlet in midfield and an extra threat with his impressive long-range shooting.

But his impact has waned.

He has failed to start any of the La Liga leaders’ last three league games, falling behind Chilean midfielder Arturo Vidal and French forward Ousmane Dembele in the pecking order.

Coach Ernesto Valverde has stopped short of publicly criticising the player, and neglected to say whether he had a preference for Coutinho or Dembele.

The Frenchman is the club’s second most expensive acquisition at 105 million euros.

“It’s a long way from being a problem having them both. It’s an advantage,” Valverde said last month.

“The coach is pro-Barca, he wants the team to win.”

Valverde’s recent team selections, however, may offer a clue to his thinking.

There was no place for Coutinho when Valverde fielded an unorthodox 3-5-2 formation in the recent 5-0 hammering of Levante.

He also left the Brazilian out when playing his usual 4-3-3 shape in victories over Espanyol and Celta Vigo.

The coach did pick Coutinho for a visit to Rayo Vallecano in November.

But when he saw his side losing 2-1 at one of the weakest teams in the top flight, he hauled off the Brazilian.

He later brought on Dembele, who scored as Barca pulled off a dramatic 3-2 victory.

In the last three league outings, Valverde has continued to show faith in Dembele, in spite of the French youngster running into trouble for turning up late to training.

With the lightning quick forward forming a blistering attacking trident with Lionel Messi and Luis Suarez, and the highly-experienced Vidal slotting comfortably into the midfield three, Coutinho has changed.

He has been forced to make do with cameo appearances from the bench.

It is quite the fall from grace for a player many believed was signed as the long-term successor to Andres Iniesta.

The former Spain international ended 16 trophy-laden seasons with Barca last May to see out his career in Japan.

With Liverpool sitting four points clear at the top of the English Premier League, Coutinho may be having some thinking.

He may be wondering on Sunday’s anniversary of his transfer from Anfield to the Nou Camp whether it was quite the dream move he had imagined at the time.(Reuters/NAN)