The Speaker House of Representatives Femi Gbajabiamila has hailed the Super Eagles for their outing at the ongoing African Cup of Nations (AFCON) taking place in Cameroon even as they crashed out in the knock out stage. 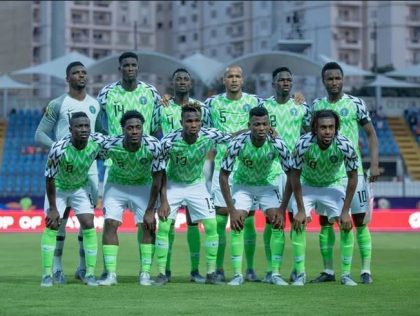 The speaker said despite the defeat by Tunisia, the Super Eagles gave a good account of themselves, saying Nigerians are proud of them even though naturally disappointed.

Gbajabiamila, who is the leader of the Federal Government’s delegation to cheer up the Super Eagles at the tournament, encouraged the players to keep the Nigerian flag flying.

In a statement by his special Adviser on media and Publicity lanre Lasisi the speaker encouraged the team to build on the work done so far in the tournament to make the team better as they prepare for the FIFA World Cup qualification match against Ghana coming up in March.

Recalling the superlative performance of the Super Eagles at the group stage Gbajabiamila noted that in a game of football, there must be a winner and a loser.

He also hailed the technical team of the Super Eagles for doing a good job.