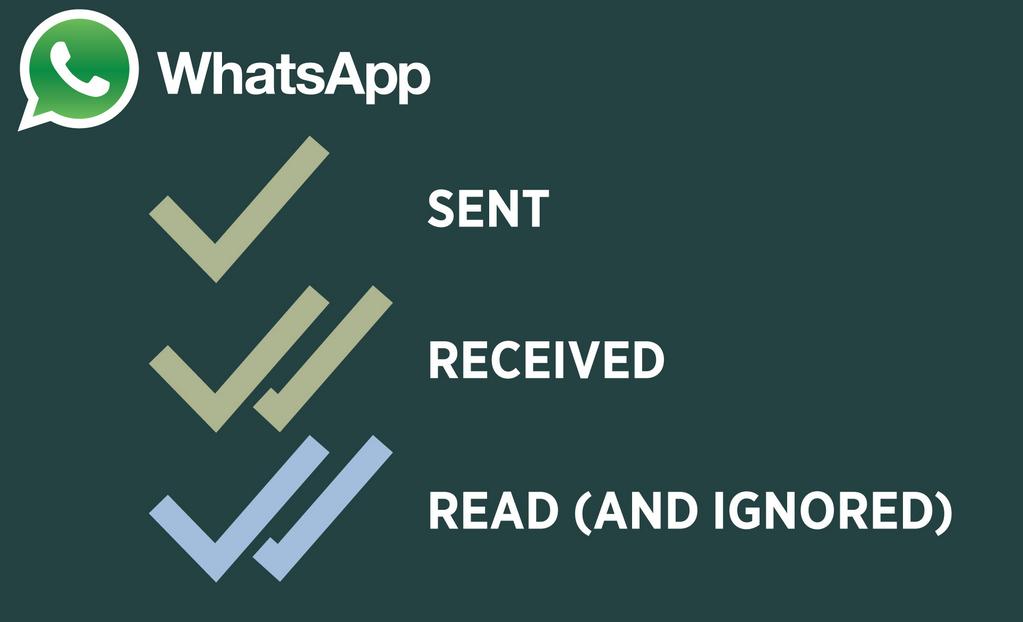 So, in case you missed it, WhatsApp just introduced a devastating new feature. Those familiar green checkmarks will now turn blue when your message has been read by the recipient.

The days of claiming that you hadn’t seen that WhatsApp message flashing on your phone are over: techs at the company’s HQ in Silicon Valley have invented the double blue tick, which confirms when a recipient has read the message. 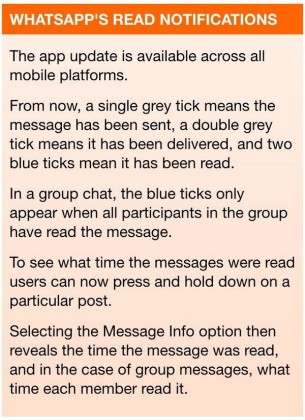 Previously people were climbing up the walls after not receiving a reply following a double green tick message but actually, contrary to popular belief, that never meant the message had been read. One tick means sent, two ticks means delivered and now two blue ticks means read.

As you would imagine, not everyone’s thrilled about this development. It’s bound to invite torment. You’ll either spend your life making excuses or agonising over unresponsive friends. Either way, for WhatsApp’s 600 million users, there is no place to hide.

What do you think about these changes, or are they infringement on our rights to ignore?

Below are some of the feedbacks we picked from the internet:

seriously whatsapp, all i want to do is ignore people in peace.

Lol people crying over the WhatsApp blue ticks. Why do you give your number to people you wanna ignore?

Looool!! Whatsapp checks and their meaning via @kamz26 pic.twitter.com/nGCtKqDOms