New Dawn And Era of Transparency in NNPC 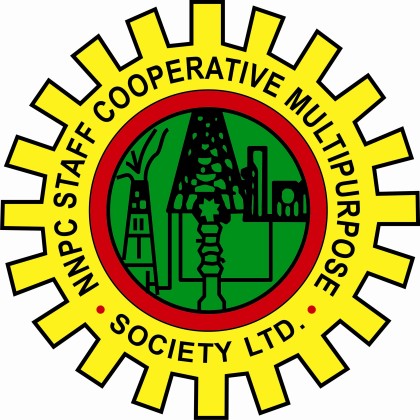 In line with its earlier pledge to open up the books of the Nigerian National Petroleum Corporation, NNPC for public scrutiny, the Management of the national oil Corporation under the watch of Dr. Ibe Kachikwu over the weekend commenced the monthly publication of its provisional financial and operational reports.

The publication which is available on the Corporation’s official website provides an overview of NNPC’s operations across the oil and gas value chain (Upstream, Midstream & Downstream) as well as NNPC’s agency function on behalf of Government of the Federation from the period January to August 2015.

Backed with apt tables, graphs and charts the public is led into what was once described as “opaque” aspects of the NNPC’s operations. Issues like the status of the once misunderstand JP Morgan Foreign account, management and custody of crude oil sales revenue, actual production capacity of the refineries, NNPC/FGN export crude Oil & Gas dollar accruals, receipts & payments etc. are laid bare.

The report indicates that a total of $607.8 million has been paid so far in 2015 to the Federation Accounts Allocation Committee, FAAC, as dollar proceeds from sales of export Oil and Gas.

A further breakdown indicates that the total export crude Oil & Gas receipt for the period of January – August 2015 is $3.420billion. Of the total receipts, the sum of $0.61billion was remitted to Federation Account as dollar proceeds while the balance of $2.815billion was used to fund the JV Cash Call for the period.

The report notes that the receipts witnessed a sharp decline of more than 67% from September, 2014, when the receipt was at its peak, to July, 2015 with dire consequences to the Federation.

The NNPC revealed that the continued decline in oil price led to insufficient cash available to meet monthly JV Cash Calls obligations of about $615.8m as appropriated by the National Assembly. To mitigate this effect, NNPC was compelled to sweep all the export receipt to JV Cash Call funding implying a zero dollar proceed remittance to Federation Account since the month of April 2015.

The sum of N723.82billion for Domestic Crude Oil and Gas Sales proceeds has been paid to the Federation Account from January to August 2015 as Naira proceeds.

The report chronicled the challenges facing the Corporation which adversely impacts its profitability to include:

Asset Integrity Issues: Incessant pipelines breakages nationwide have led to massive leakages and huge accounting losses to NNPC. Pipeline repairs and other associated costs accounted for about N69.4Bn in Year –To-Date 2015 alone.
Crude Oil and Product theft/losses: About N45.8Bn recorded as crude oil and product theft/losses for 2015 YTD resulting from vandalized pipelines. About 1,824 pipeline breaks recorded by the Pipelines and Products Marketing Company, PPMC in 2015 so far.
Sub-commercial Contracts: Poorly negotiated legacy contracts have contributed adversely to the profitability of the Corporation.
Low capacity utilization of refineries: Largely due to refinery asset integrity issues and lack of crude oil feed due to vandalized pipelines.
Subsidy management: Unrealized subsidy claims of about N231Bn for 2015 alone responsible for over 61% of the deficit recorded by the Corporation.
Inefficient Business Models: Some of the Corporation’s business units are not operating the most efficient business models that will position the company for profitability.

NNPC is embarking on a Change agenda termed the “20 Fixes” which identifies 20 critical issues that need to be addressed in order to re-position the 37 year old national oil Corporation on the track of efficiency and profitability.