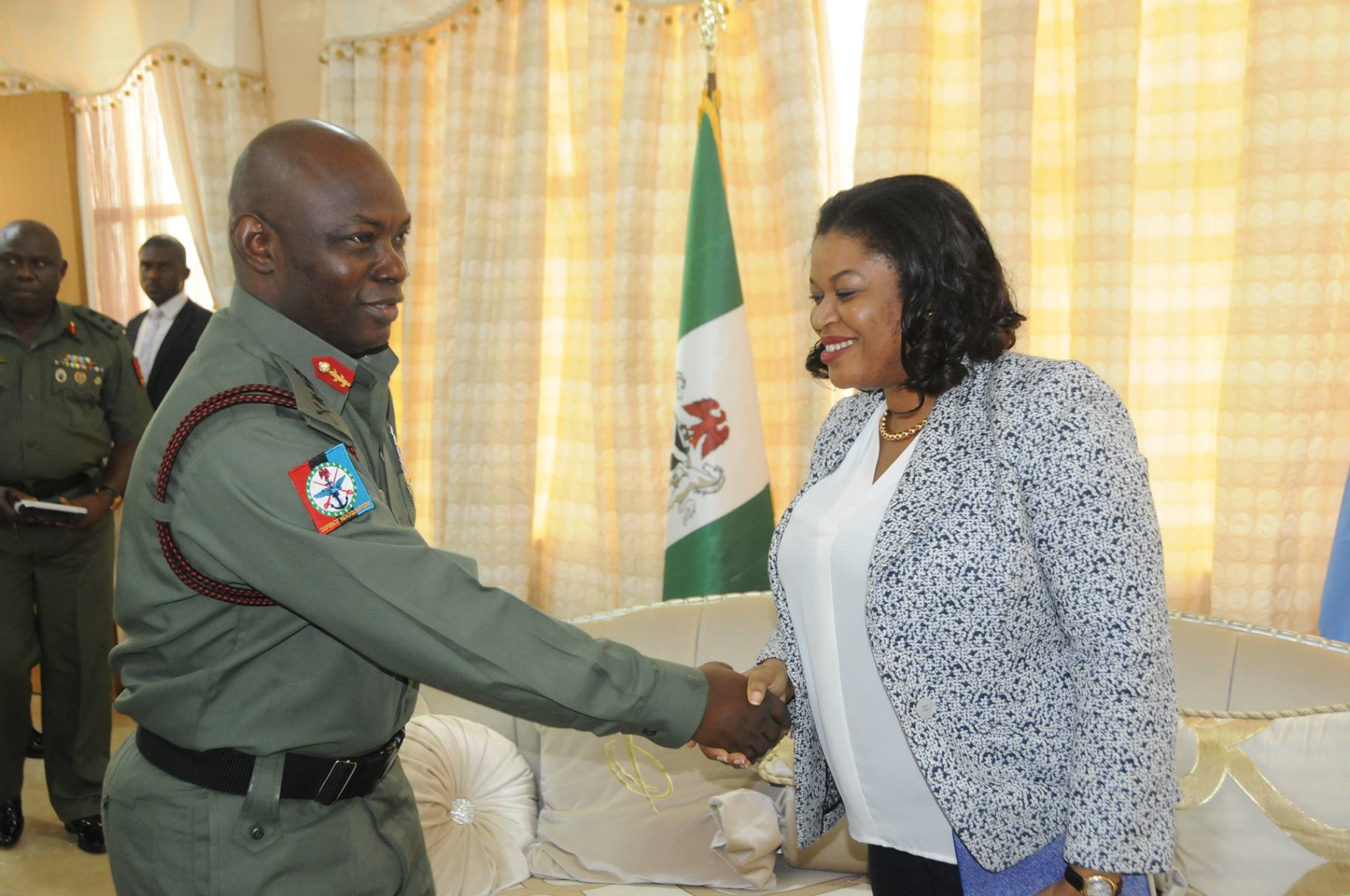 Nigerian Military To Partner With NIGCOMSAT For Optimal Performance

The Nigeria Armed Forces have resolved to partner with Nigeria Communications Satellite Limited (NIGCOMSAT) as a platform to get necessary communication infrastructure for optimal performance.

This deliberation took place at the Defence Headquarters, Abuja, when the Chief Executive Officer of NIGCOMSAT, Abimbola Alale paid a courtesy visit to the Chief of Defence Staff, General Gabriel Olonisakin. The visit was aimed at renewing partnership with the military. She thanked the military authorities for choosing the organization as its communication provider and reassured them of improved service. 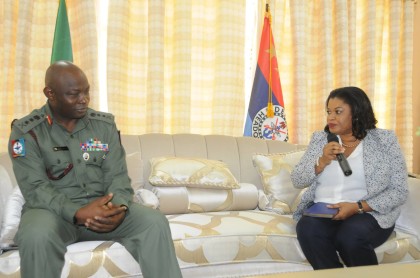 She stated further that the visit was to partner with the military beyond primary satellite communication but to provide other capabilities that will aid effective and efficient delivery in their activities. 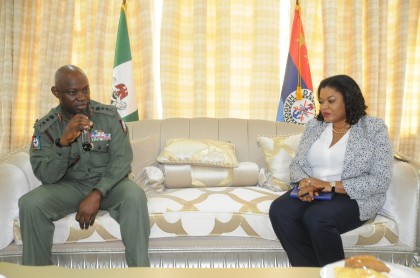 In his response, General Olonisakin noted that the importance of communication in the prosecution of the war, not only in the North East but in all military operations cannot be overemphasized and to that effect, the military requires a particular platform through which actions and activities can be monitored and influenced. A platform, he said will deliver information, intelligence and bandwidth in real time. He noted that the military requires the services of NIGCOMSAT in the provisions of information, bandwidth and other facilities the military can take leverage on to be able to deliver necessary bandwidth. 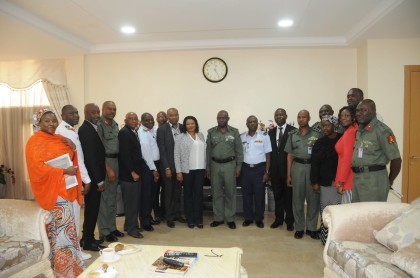 He mentioned that although the military has some communication facilities in the North East, much more is needed. “We have so much that we desire that we are not getting. The facility you have that you can give us and the ones you don’t have that you can source for us outside and the ones we need to source for elsewhere. We need to partner with you so that we can in all our operations get necessary communication infrastructure so that we can monitor and influence our activities. We will partner with you so that we will achieve it”, General Olonisakin concluded .