The Minister of Information and Culture, Alhaji Lai Mohammed, has inaugurated an Inter-Ministerial Committee on the Digital Switch Over 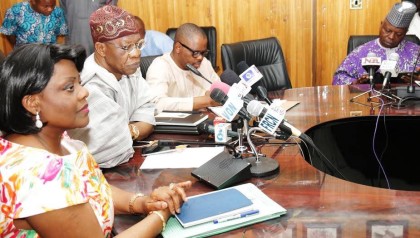 (DSO) with a commitment to meeting the deadline by June 2017.

”We don’t have an option, we must meet the 2017 deadline. Otherwise our TV sets will be useless to us. We cannot afford to be left behind,” he told the Inter-Ministerial Committee that comprises representatives of the Federal Ministry of Information and Culture as well as that of Trade and Investment, Central Bank of Nigeria, and the Nigeria Customs Service.

At the inauguration in Abuja on Tuesday, Alhaji Mohammed said Nigeria, along with all ECOWAS member countries, will be transiting from Analogue to Digital broadcasting by 2017.

“The significant thing about this deadline is that as of today we have agreed with all other ECOWAS member states that June 2017 will be the cut-off line for all of us to move to Digital. To that effect, uniform equipment and transmission channels have been agreed for all the member states, he said

The Minister reminded the Inter-Ministerial Committee that failure to meet the deadline would amount to violating an International Telecommunication Union (ITU) Treaty, which Nigeria and other ECOWAS nations have ratified.

He said that already, Nigeria has recorded some progress towards meeting the deadline, having licensed signal distributors and 13 Set-Top-Box Manufacturers, in addition to reaching agreement with the Content Aggregators as well as software companies.

Alhaji Mohammed said Jos has been selected for the Pilot Project, noting that the Plateau State capital was selected because of its historical role in the transition from black and white to colour television in Nigeria, its mix of local, regional and national television stations as well as its cosmopolitan nature.

He said the advantages of a successful DSO include freeing spectrums for broadband Internet, making available between 30 and 40 Free-To-Air television stations, easier collection of Radio and Television taxes by local governments and job creation through the local manufacture of Set-Top-Boxes and provision of contents.