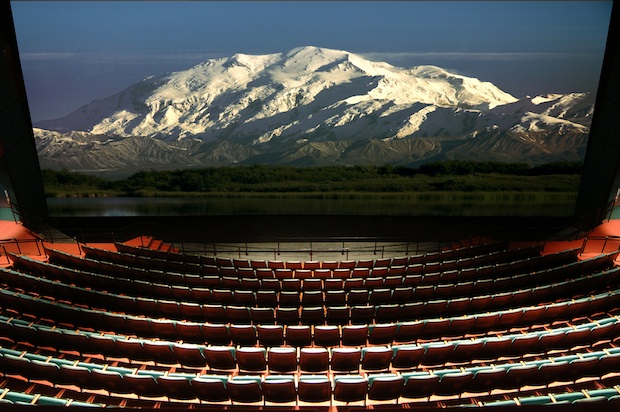 The manufacturer spent two years in developing the 1.6-tonne screen.

It has been recognised as the world’s largest by the science and technology committee of the state film administration.

Some technical specifications of the final product are even better than the national standard, said Yang Xuepei, deputy director of the committee.

Eight orders from cinemas and movie theme parks have been placed for the screen, and the company is expecting more orders after the official launch.

According to Lin Minjie, the general manager of china film Equipment company, over 3,300 new cinemas opened across the country over the past five years, with the number of screens soaring to 31,000.

The new screen will be made to fit the China Film Giant Screen (CGS), a large format film system jointly developed by the China Film Company and China Research Institute of Film Science and Technology.

Launched in 2011, the CGS has become one of the fastest-growing high-end digital movie exhibition systems in the world, according to Lin. Of the 350 giant screens available in China, 133 have adopted the CGS system.

Minjie said that the CGS been exported to the United States, India, Indonesia, Thailand and will soon enter the European market.

Last year alone, 8,000 new screens were installed nationwide, with 6,700, or 80 percent of them, produced by Star Screen.

“Alongside the breathtaking growth of box office sales, China’s own film equipment industry is also booming.

Minjie added that film projectors, servers, screens and sound equipment with independent proprietary intellectual property rights are made in China.