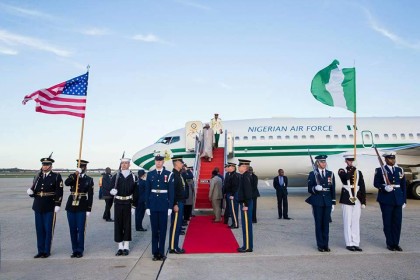 President Buahri Arrives US For #NSS2016

While in Washington, President Muhammadu Buhari will join his United States counterpart, President Barack Obama and about 60 other world leaders and heads of international organisations at the 4th Nuclear Security Summit which opens there on Thursday.

President Buhari will depart Washington DC for Abuja on Sunday.

Garba Shehu
SA To The President
Media and Publicity