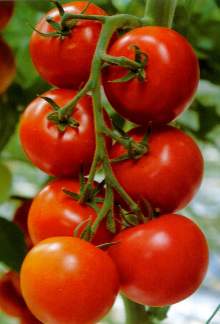 The National Research Institute for Chemical Technology (NARICT), Zaria, on Thursday said it had developed a vaccine for the tomato pest: “Tuta Absoluta.’’
The institute’s Public Relations Officer, Alhaji Bala Aliyu, told the News Agency of Nigeria (NAN) in Zaria, Kaduna State that an end had come to the disease, which had been ravaging tomato farms.
According to him, the Director-General of the institute, Prof. Idris Bugaje, has worked extensively to provide a solution to the menace destroying the tomato farm in the country.
“This vaccine has been found to be very effective after undergoing various scientific testing,’’ he said.
The public relations officer said NARICT was partnering with regulatory agencies to certify the vaccine for onward use by farmers in Nigeria and the world at large.
He said all things being equal the vaccine would be launched soon for the good of the nation.
Aliyu said it was the responsibility of the Federal Government to ensure this vaccine reached the end-users, farmers.
He stressed that the agency had worked hard to find a solution to the dangerous disease.
“We will work with the state and federal government agencies to carry diffuse this important development to our teeming farmers in the country and beyond,’’ Aliyu added.
News Agency of Nigeria (NAN) reports that the Tuta absoluta is a species of moth in family Gelechiidae known by the common names tomato leaf miner and South American tomato moth.
It is well known as a serious pest of tomato crops in Europe and South America.
The Federal Government on Tuesday confirmed that the six states were hit by pest called ‘Tomato Leaf Miner’ or Tuta absoluta, commonly referred to as ‘Tomato Ebola.’
The tomato pest is the disease responsible for the massive destruction of tomato in farmlands across the country, which has made the price of tomatoes sky-rocketed in the past few weeks
The Federal Government had engaged experts to find solution to the spread of the pest. (NAN)