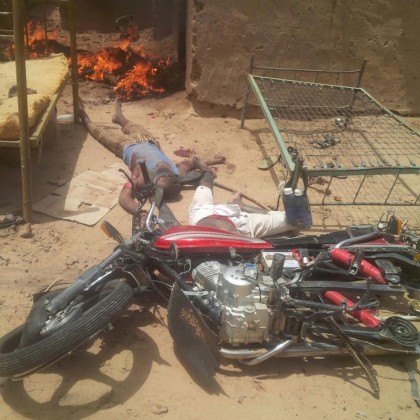 Unfortunately, the remnants of the Boko Haram terrorists at Kaidiri on sighting the patrol team chickened out and withdrew in disarray into Niger Republic with gun shot wounds. The troops pursued them and got 2 Boko Haram terrorists. In addition, they recovered 7 motorcycles and borehole equipment.

This development has necessitated the call for more vigilance and security conscious on the part of everyone especially the residents of Maiduguri and its environs.

The fight against the menace of Boko Haram terrorists is a collective responsibility that require positive contribution from all citizenry. People should please be wary of suspicious persons or objects and report same to the nearest security agency or post.