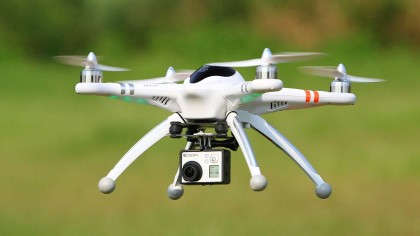 An emergency response team in Kossuth County, Iowa  USA, searching for a grandfather and his granddaughter, was able to locate and save them on time by the help of a drone.

Cordinator of the emergency response team, David Penton, due to the difficulty they encountered in hearing the cries of the missing duo, called a colleague and had him rush to the search scene with a drone.

Within three minutes of the drone takeoff, the team found the missing persons by watching the live stream from a camera attached to the done. The drone then  hovered overhead so that the team could use its location to guide them to the man and his granddaughter.

Penton said he expected the victims would have been found without the drone, but using it allowed them to find them faster. As soon as he was found, the man fell to his knees as he was suffering from a heart attack.

Time would have been against the missing man if not for the use of the drone.

Drones are increasingly being deployed to aid in various fields, and with the US government’s rules for commercial use of drones coming into effect, the usage is expected to rise .