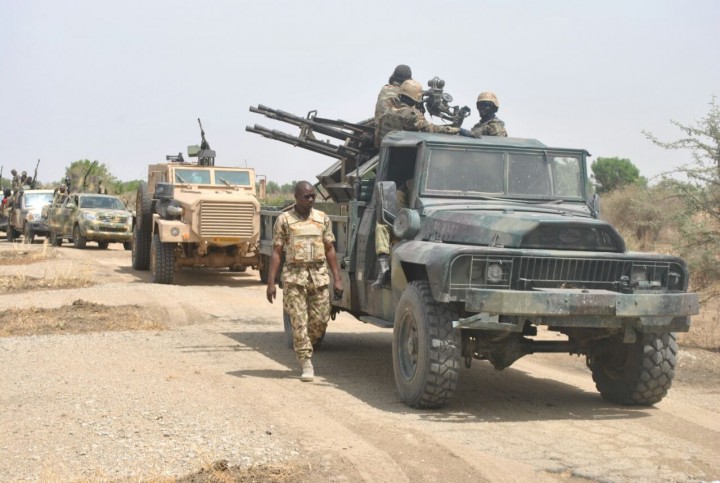 Alade gave the indication in Abuja on Thursday while addressing State House correspondents after he led the Course 24 of the college on a courtesy visit to Vice President Yemi Osinbajo at the State House.

According to him, the Defence Industry Corporation of Nigeria (DICON) in Kaduna is being strengthened to produce arms while the military industrial complex will produce heavy military equipment.

“We have an institution that was established basically to help develop production of hardware.

“That is the Defence Industry Corporation, which is located at Kaduna.

“That institution is being strengthened; I believe that in the new dispensation a lot of things will start happening.

“As we speak, they produce rifles and some other hardware.

“But I can assure you that we have started.

“Just recently we had a defence cooperation workshop with South Africa and that workshop was held at the Defence College and that is the beginning.

“We want to develop our military industrial complex and within that framework we will be able to manufacture hardware and even the software as well.’’

The News Agency of Nigeria (NAN) recalls that in Aug. 2015, President Muhammadu Buhari had directed the Ministry of Defence to design a plan for the establishment of a military industrial complex for local production of weapons.

He gave the directive at the graduation of Course 23 of the National Defence College in Abuja.

Buhari had said that such weapons, when produced, would meet some of the requirements of the country’s armed forces.

He had described as unacceptable, Nigeria’s over-dependence on other countries for critical military equipment and logistics.
Alade said that the group visited the Vice President to submit some policy proposals to the Federal Government on how to effectively administer the country.

He said the proposal emanated from the recent workshop at the college with the topic “Youth Bulge in Nigeria and its implication for National Security’’.

Alade said the presentation was a way of contributing to national development and national security.

According to him, the students made some useful suggestions on how to move the country forward especially on youth development.

He said the presentation would continue based on the directive of the presidency adding that the college was ready to conduct various researches to engender development.

On the battle against insurgency and militancy in the country, Alade expressed gratitude with the military for defeating Boko Haram.

“Obviously, we are winning the war on insurgency; you are aware of what the military is doing in the North East.

“Of course we can conveniently say that there is no more Boko Haram; we have defeated them.

“When you talk of issue of insecurity in the Niger Delta, you are aware that discussions are on and the military, if called upon, will usually give their assistance to civil authority,’’ he added.