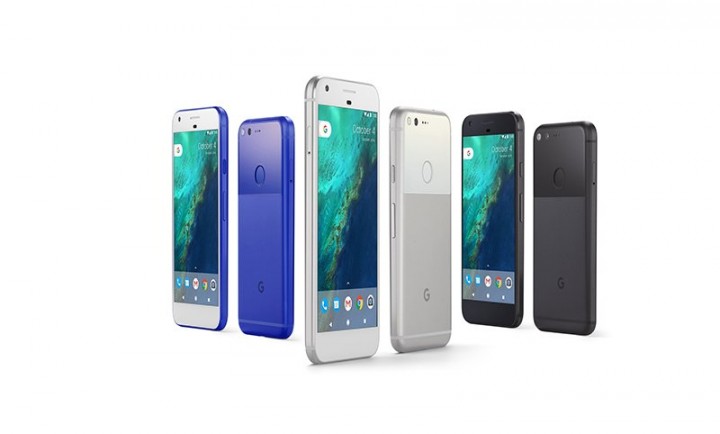 Alphabet Inc’s Google finally unveiled its new “Pixel” smartphone. Google made the announcement on Tuesday in San Francisco describing it as the best phone ever to be made.

“The Pixel camera is not only the best smartphone camera we’ve ever made, it’s the highest rated smartphone camera anyone has ever made. Our DxOMark Mobile score of 89 is a great example of what’s possible when great hardware meets great software. Pixel puts cutting-edge computational photography in an ultra-fast and easy-to-use camera”, Google said on it website.

Among the products unveiled was also a virtual reality headset.

The launch has catapulted Google into the  consumer electronics and  is poised to challenge Apple Inc’s iPhone at the high end of the more than $400 billion global smartphone market.

A string of announcements, including the $649 Pixel, a new Wi-Fi router and its voice-activated digital assistant for the living room called “Home,” is the clearest sign yet that Google intends to compete directly with Apple, Amazon.com Inc and even manufacturers of phones using its own Android mobile operating system, to create a world of integrated devices and services.

The virtual reality headset raises competition with Facebook Inc, owner of Oculus, while its Home device puts it squarely in the battle to produce a digital assistant that can react to voice commands to tie together products and forge a closer bond with the user.

The new range of gadgets shows Google shifting to tighter control of its products, after years of giving its software to mobile device makers, which has turned Android into the most widely used smartphone system in the world.

Google executives boasted that the Pixel was developed in-house from start to finish, which gives it an in-built advantage in distributing Google’s many internet-based services.

The phone itself comes in two sizes, has a high-end camera and a screen with no buttons. “Aside from the camera, the new Google Pixels are pretty undifferentiated compared to Samsung and iPhone seventh generation phones,” said industry analyst Patrick Moorhead.

Google said it would work exclusively with a single carrier in the United States, Verizon Communications, on the Pixel, echoing Apple’s agreement to launch the original iPhone with AT&T Inc . That deal gave Apple unprecedented control over the look of the phone and how it worked.

Shares of Alphabet closed up 0.3 percent, while Verizon fell 1.2 percent.

Google began the product launch by unveiling a new version of its Google Assistant, the company’s answer to Apple’s Siri and Amazon’s Alexa, which made a restaurant reservation based off voice commands for the presenter and will work on the Pixel and Home products.

Various assistants are vying for supremacy as more people search the web and make purchases online through voice commands, which may eventually supplant keyboards and touchscreens as the primary means of controlling digital devices. They also give companies a new level of data about users which could be used to target advertising.

Google’s hardware chief Rick Osterloh told Reuters in an interview that the new announcements showed hardware was more of a focus at Google.

“We have pulled everyone together into one organization, which allows us to focus on key problems,” he said. “The thinking is that if we can work on hardware and software together, we can innovate much better.”

Still, Osterloh said that the Home device in particular showed that Google was still open to working with other companies, distinguishing itself from Apple.

Google has for years toyed with various approaches to building its own hardware without alienating manufacturers such as Samsung Electronics, the world’s top smartphone maker. Google has sold another line of phones, called Nexus, since 2010, but the devices have gained little traction.

The Google Store described the Pixel as “The First Phone by Google”, and the company said it would be manufactured by Taiwan’s HTC Corp.