A United States appeal court in an 8-3 ruling reinstate a patent infringement Apple won against Samsung, including for it’s side-lock feature for smartphones and tablets. 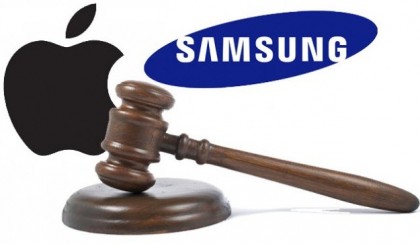 The court said a three-judge panel was wrong to throw out the $119.6 million (£96m) verdict in February. Instead, it ordered the trial judge to consider whether the judgment should be increased based on any intentional infringement by Samsung.

In the case, Apple claimed that Samsung infringed patents for the slide-to-unlock feature, auto-correct and a way to detect phone numbers so they can be tapped to make phone calls. The bulk of the award, $98.7 million, was for the detection patent that the earlier panel said wasn’t infringed. The February decision also said the other two patents were invalid.

The court ruled that the previous decision to throw out the patent infringement was a wrong decision, because it relied on issues that were never raised on appeal or on information that was beyond the trial record.

The decision on Friday comes less than a week before the US Supreme Court considers another case Apple had filed against Samsung. That case, to be argued Tuesday in Washington, focuses on how much Samsung should pay for copying patented designs for Apple’s iPhone.

Together, the two cases are the remnants of a global legal battle between the world’s biggest makers of smartphones that began in April 2011 and at one point spanned four continents.

NEWER POSTSummary of Monies recovered from some Justices by the DSS
OLDER POSTHurricane Matthew: About 900 persons killed, 90% of Southern Haiti destroyed