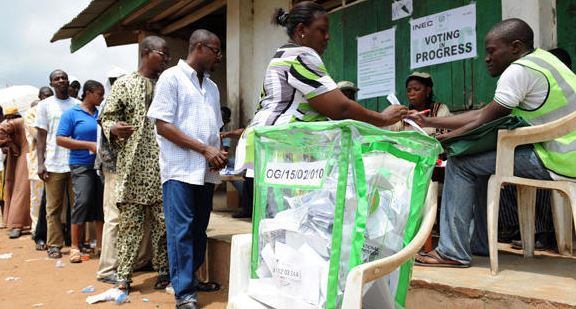 Mr Shamah Abubakar, a graduate of Bingham University,Karu, has invented an electronic election application, App that can improve the electoral process in the country.

The President of the University’s Alumni, Mr Haruna Yusuf, said the application called E-Franchise app was invented with the support of the Alumni.

“When we held our elections earlier this year, it was what we used and it was a success. Every member of the alumni voted electronically and the process was free and fair.

“Every member monitored the process from wherever they were. You don’t have to be physically gathered in one spot to hold an election. For us, we have active members in the diaspora who have voting rights. So this app helped us not to infringe on their rights,” He said.

The Alumni president however revealed that the app is not immuned from setbacks especially hacking hence the recruitment of young anti hackers to thwart the effort of hackers during the alumni election.

“We had anti hackers on standby who made sure no strange activity tampered with the app during the election from start to finish and every member monitored voting and counting till the end. Till date, no one has complained of foul play,” He said.

He also revealed that the Alumni has reached out to Independent National Electoral Commission (INEC), members of the National Assembly and other relevant stakeholders to look into adopting the app for the 2019 general elections.

According to him, electronic voting would not only reduce foul play, it would reduce the huge cost of conducting manual voting system and release results as soon as they come in just as it is done in advanced countries.

He said the Alumni was willing to collaborate with relevant government bodies to work to transition Nigeria towards electronic form of voting through its E-franchise app.