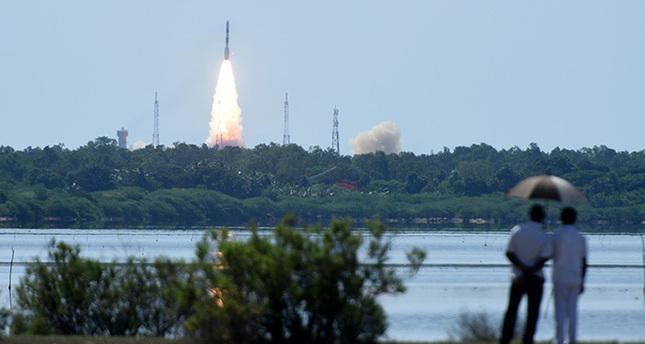 Indian Space Research Agency says it has launched 20 satellites including 17 foreign payloads in a single mission.

It said that India has set a new record for the country’s space programme.

The country’s space agency disclosed this in New Delhi that the Polar Satellite Launch Vehicle (PSLV) on Wednesday took off from Sriharikota spaceport in southern India at around 9:30 am (0400 GMT) and placed the satellites in their prescribed orbits 26 minutes later.

The agency said in a statement that the main passenger on the rocket was India’s earth observation satellite Cartosat-2, which can take images at sub-metre resolution and weighs 727.5 kilogrammes.

It explained that 17 small satellites including 13 from the U.S., two from Canada, and one each from Germany, and Indonesia were also injected in low-earth orbit.

The agency said further that two satellites from Indian universities were also among the passengers.

In 2008, India launched 10 satellites in one rocket, setting a world record that was broken several times in subsequent years.

India has joined the relatively few players in the multi-billion-dollar space launch market some four decades after it launched its first satellite, Aryabhatta, in 1975.