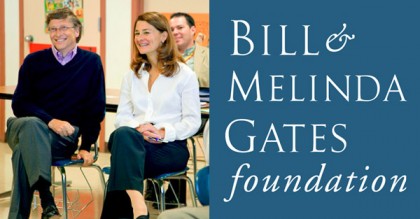 Microsoft founder Bill Gates today pledged to invest  $5 billion over the next five years for Africa’s development as he called on leaders in the continent to do everything in their power to realize global peace icon Nelson Mandela’s dream of a bright future for the youth.

The billionaire philanthropist’s pledge of $5 billion is in addition to the $9 billion that he has already invested in Africa.Gates made the pledge while was delivering the 2016 Nelson Mandela Annual Lecture at the University of Pretoria on the eve of the global peace icon’s birthday tomorrow.

He has explained how Mandela and a visit to Soweto inspired him to form the foundation he and his wife Melinda now head.

“The theme of this year’s Nelson Mandela Annual Lecture is ‘living together’. This is fitting, because in many ways, ‘living together’ was also the theme of Nelson Mandela’s life,” Gates said as he recalled how he first met Mandela in 1994, when the leader was spearheading South Africa’s first democratic elections after being released form 27 years in prison as a political prisoner.

“He (Mandela) called to ask me to help fund South Africa’s election. I was running Microsoft and thinking about software most of my waking hours. But I admired Nelson Mandela very much, I knew the election was historic, and I did what I could to help,” Gates said.

But a passion for development in Africa would start only three years later for Gates, when he visited the sprawling Black township of Soweto near Johannesburg to find that there was no electricity for the computers Microsoft had donated to a community center.

“Computers could help people do some important things, and in fact they have revolutionized life on the continent in many ways. But computers couldn’t cure disease or feed children. And if they couldn’t be turned on, they couldn’t do anything at all. Soon after that, we started our foundation – because the costs of waiting had become clear,” he said.

Gates recalled how Mandela had inspired him to take on the fight against HIV/AIDS — one of the first issues his foundation worked on, with the peace icon becoming an adviser on the project.

“What we talked about most was the stigma around AIDS. So I remember in 2005 very clearly, when his son died of AIDS. Rather than stay silent about the cause of his son’s death, Nelson Mandela announced it publicly, because he knew that stopping the disease required breaking down the walls of fear and shame that surrounded it,” he said.

Gates said Mandela repeatedly talked about the power of youth.

“I agree with Mandela about young people, and that is one reason I am optimistic about the future of this continent. Demographically, Africa is the world’s youngest continent and its youth can be the source of a special dynamism,” Gates said.