Verizon to acquire Yahoo for about $4.83 billion 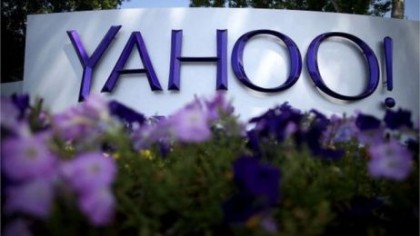 US telecom giant, Verizon Communication, has announced that they will be buying Yahoo operating businesses for about $4.83 billion dollars in cash.  This acquisition in essence, marks the end of Yahoo’s independence.

The deal will see Yahoo  combined with AOL, another internet pioneer which Verizon acquired last year.

Yahoo’s CEO, Marissa Mayer, said this on the acquisition,

“Yahoo and AOL popularized the Internet, email, search and real-time media. It’s poetic to be joining forces with AOL and Verizon as we enter our next chapter focused on achieving scale on mobile.”

Yahoo’s operating businesses being acquired includes, Yahoo Finance, News and Sports, Yahoo Messenger and Yahoo Mail, Yahoo Search, Tumblr, Flickr, and a variety of smaller properties. the deal does not include Yahoo’s stake in Alibaba and Yahoo Japan.

Verizon said the deal for Yahoo’s core internet business, which has more than a billion active users a month, would make it a global mobile media company.

Though this deal is far from the $44 billion offered for Yahoo by Microsoft in 2008 which was turned down, and also not near Yahoo’s $125 billion worth during the dot.com boom in the year 2000, it sure raises a question on the ambition of the new owners.

The question running in the mind of stakeholders is whether Verizon will be retiring some of Yahoo’s products and services.

It seems likely that some Yahoo products will be merged with AOL offerings. Yahoo Tech seems a likely candidate for that for instance, as both TechCrunch and Engadget operate in that niche already.

There is every tendency that this deal will result to changes in Yahoo products, and time will tell the direction Verizon will take in reshaping the new Yahoo.