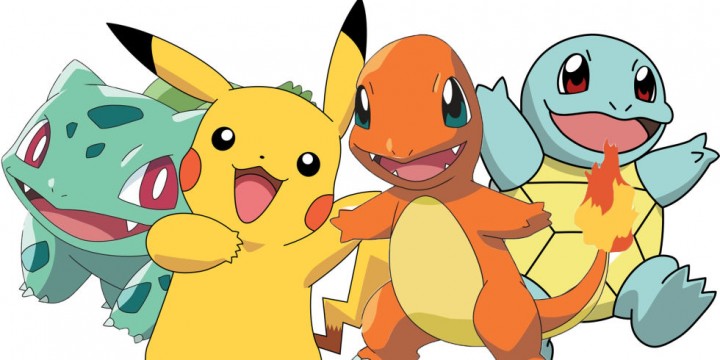 Pokemon Go is crashing gaming records, crashing mobile app records, and crashing every possible record there can be stated. For the curious, Pokemon Go will soon be in Nigeria – however before it arrives and ordinary folks start trying to crash the gates of Aso Rock or Gov Ambode’s residence for some Pokemons, here are few things about the game.

Pokemon Go make you travel between the real world and the virtual world of Pokémon. With Pokémon GO, you’ll discover Pokémon in a whole new world—your own! Pokémon GO is built on Niantic’s Real World Gaming Platform and will use actual locations to encourage players to search far and wide in the real world to discover Pokémon. Pokémon GO allows you to find and catch more than a hundred species of Pokémon as you explore your surroundings.

The Pokémon video game series has used real-world locations such as the Hokkaido and Kanto regions of Japan, New York, and Paris as inspiration for the fantasy settings in which its games take place. In Pokémon GO, the real world will be the setting!

Get on your feet and step outside to find and catch wild Pokémon. Explore cities and towns around where you live and even around the globe to capture as many Pokémon as you can. As you move around, your smartphone will vibrate to let you know you’re near a Pokémon. Once you’ve encountered a Pokémon, take aim on your smartphone’s touch screen and throw a Poké Ball to catch it. Be careful when you try to catch it, or it might run away! Also look for PokéStops located at interesting places, such as public art installations, historical markers, and monuments, where you can collect more Poké Balls and other items.

When you first play Pokémon GO, you’ll get to customize the look of your Trainer, choosing apparel and accessories to give him or her a cool look. Your customized character will appear as you move around on the map, as well as on your profile page. Plus, other players will see your character when they visit a Gym you control.

Add to Your Pokédex

In Pokémon GO, you will gain levels as a Trainer, and at higher levels you will be able to catch more powerful Pokémon to complete your Pokédex. You’ll also have access to more powerful items, such as Great Balls, to give you a better shot at catching Pokémon. Keep exploring and encountering Pokémon to raise your level!

There are other ways to add Pokémon to your Pokédex, too. If you catch the same species of Pokémon enough times, you’ll get the opportunity to evolve one of them! And as you explore, you may find Pokémon Eggs at PokéStops, which will hatch after you’ve walked a specific distance. When they hatch, you may find Pokémon you’ve never seen before!

Some wild Pokémon will appear only in certain places near where you live or around the world. For example, some Water-type Pokémon may appear only near lakes and oceans. If you’re away from home, be sure to stay alert for Pokémon you wouldn’t normally encounter!

If you catch the same species of Pokémon enough times, you can evolve one of them. This is useful for catching Pokémon you’re having a tough time finding in the wild. For example, if there are large numbers of Poliwag in your area, but no Poliwhirl nearby, catch a lot of Poliwag to eventually gain the ability to have one of them evolve into a Poliwhirl!

Join a Team and Battle

At a certain point in the game, you’ll be asked to join one of three teams. Once you join a team, you’ll gain the ability to assign Pokémon you’ve caught to open Gym locations or to a Gym where a team member has assigned a Pokémon. Like PokéStops, Gyms can be found at real locations in the world. Each player can place only one Pokémon at a particular Gym, so you’ll need to work together with other members of your team to build up a strong defense.

If a rival team has claimed a Gym, you can challenge it by using Pokémon you’ve caught to battle the defending Pokémon. Battles are challenging and fun. You choose which of your Pokémon will join in. Each Pokémon has two attacks, and can also dodge the defending Pokémon’s attacks if you swipe left or right. If your Pokémon win the battle, then the Gym’s Prestige is reduced. When the Gym’s Prestige drops to zero, the defending team loses control of the Gym, and you or another player can then take control of it by assigning a Pokémon to defend it.

Once your team has control of the Gym, team members can increase the Gym’s Prestige and level by battling the defending Pokémon. These training battles against your own team help your Pokémon level up as well. As the Gym gets to a higher level, your team can assign more Pokémon to defend it. You can also team up with your friends and battle at a rival Gym together to take down stronger Gyms faster.

You can tackle a wide variety of challenges in different categories, such as catching Pokémon and exploration. By completing these challenges, you’ll unlock achievement medals that will appear in your player profile. Try your best to unlock as many medals as you can!

A portable device called the Pokémon GO Plus will enable Pokémon GO players to enjoy the game even while they’re not looking at their smartphones. The device connects to a smartphone via Bluetooth and notifies the player about events in the game—such as the appearance of a Pokémon nearby—using an LED and vibration. In addition, players can catch Pokémon or perform other simple actions by pressing the button on the device. Look forward to the launch of the Pokémon GO Plus accessory in September 2016.

Pokémon GO is available for download at no charge on the App Store and Google Play. Pokémon GO is free to play, with loads of fun things to do and Pokémon to discover at every turn. For players who want to enhance their Pokémon GO experience even more, certain items and features can be accessed via in-app purchases. Players can spend real money on PokéCoins, the in-game currency of Pokémon GO. PokéCoins can then be exchanged for power-ups, extra items, and other enhancements.

When you encounter a Pokémon in the wild, you can turn on the camera feature, putting the wild Pokémon into the live scene where your camera is facing. Then capture the moment with the in-game camera you can find in your Bag. Line up your shot and hit the shutter button to take the photo. The snapshot will then be saved to your smartphone’s photos for you to share however you’d like.