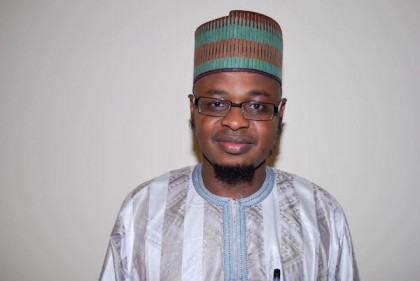 The Director General of National Information Technology Development Agency, (NITDA) Dr. Isa Ali Pantami has stated that the Agency would be carrying out the presidential directive on the redeployment of Information Communication Technology, (ICT) infrastructures destroyed by Boko Haram militants in the North Eastern zone of the country.

He disclosed this yesterday when the Management of Abubakar Tafawa Balewa University paid him a visit to felicitate with him on his recent appointment as the Director General of NITDA.

Dr. Pantami maintained that the directive to develop the ICT infrastructure in the North East in the aftermath of the wanton destruction caused by Boko Haram insurgency has become necessary because the directive has not only come from the president but top senior government officials including the speakers of House of Representative, Rt. Hon. Yakubu Dogara and chairman House on ICT, Hon. Muhammed Onawo.

He said the Agency would be complimenting the efforts of the government in rebuilding the zone. He however added that federal character would be the guiding principle of his administration in deploying ICT infrastructures to states across the federation.

“I have directed my Director of Corporate Strategy and Research to avail me with the list of projects NITDA has carried since inception in relation to how the states have benefitted. We will look at it and see where we can assist in rebuilding the northeast,” Dr. Pantami said.

Earlier in her remark, the representative of the Pro Chancellor of the School, Hajia Hauwa Bukar said the objective of the visit was to deliver the congratulatory message of the University Community to Dr. Pantami and wish him a fruitful tenure as the DG of the Agency.
She however used the opportunity to seek for NITDA’s interventions in development of the school adding that there a lot of things the school and NITDA could do together.

Dr. Pantami assured them that, by the support of his management team, the requests of the school would be look in to in as much as it follows due process and rule of law.

“We will look at the ATBU needs and make provision for it, if it falls within the ambit of the law. In fact we will be obeying the directive of the President and many other top senior government officials on development of North east zone because of the destruction done to the zone by Boko Haram. We will complement the government’s efforts in rebuilding the zone in the aftermath of the destruction by Boko Haram insurgence,” Dr. Pantami said.

The Vice Chancellor of the Institution, Prof. Saminu Ibrahim who eulogized the Dr Pantami said the University community is proud to associate itself with the DG for the niche he has carved for himself.

The VC recalled that the University was reluctant to release him when he was going to Saudi Arabia because of his resourcefulness and potential the school has seen in him he however added they are now happy to see him back to the country to play his role in the development of the nation.

“We have gotten a lot of report on what you were able to achieve while in Saudi Arabia which we are very proud of and we have no doubt in our minds that you will make us more proud in your new position as the Director General of NITDA,” he concluded.