AxelSpace To Launch 50 Satellites To Photograph The Entire World 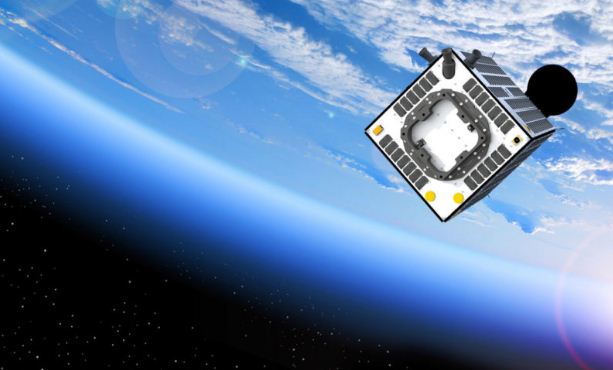 Axelspace is building AxelGlobe, a constellation of 50 satellites equipped with imaging sensors

Japanese company Axelspace wants to launch 50 satellites into space and is working towards developing an API that can photograph the entire world on a daily basis.

TNW described APIs (Application Programming Interfaces) as procedures that allows you pull information from one app to another and that they are the backbone of  software used on a daily basis.

According to TNW reports, there’s no API for live data from satellites.

TNW spoke to the Axelspace founder and CEO Yuya Nakamura about the company’s big dreams of building exactly  a space data API anyone can use.

In 2008, the company was founded around a different idea — giving companies the opportunity to have a private satellite orbiting the Earth.

It started developing their own microsatellites and working together with partners like the Russian space agency to get them up in the air. For upwards of $35 million in development costs and an additional $2 million to launch it into space, anyone can get their own microsatellite the size of a desktop computer and weighing about 50 kilograms.

With two satellites launched for a Japanese weather company and the University of Tokyo, Axelspace has already seen some success.

For instance, the former opted to go for a custom design that’s able to monitor icebergs in the Arctic Ocean, looking at new trade routes that are opening up due to climate change and informing the maritime industry about them.

In a different application, the Sky Canvas Project is working with the company to launch the world’s first satellite used just for entertainment purposes — it’s built to release small metal spheres that emit an intense light when re-entering the atmosphere.

After having changed the way we think about satellites, AxelSpace has already made its impact in space tech — but now it’s on its way to make the valuable data they capture in space available to anyone.

In the next six years, it’s building AxelGlobe, a constellation of 50 satellites equipped with imaging sensors that are able to collectively monitor every place on the world.

Anyone can tap into this mesh network, the company is going to provide paid access to an API that any developer can plug into. The data can be used for various things like counting objects on Earth, detecting changes in specific areas and tracking crop growth, the possibilities seem limitless.

This might all sound like an awfully scary prospect, but Nakamura says privacy won’t be an issue. Because of a deliberate choice for lower resolution cameras than available, people can’t be identified but the data is still perfectly usable.

All 50 satellites should be orbiting the earth by 2022, but data from select places will already be available from 2018. On the question if we shouldn’t stop shooting stuff into space to keep space from becoming a trash heap, Nakamura has a simple answer.

The satellites aren’t high up enough to keep orbiting earth forever — after 25 to 30 years they automatically return to the earth’s atmosphere and end up on the ground.

If Nakamura succeeds in his goal to cover the entire world with satellites, the benefits could be numerous: mapping apps could have daily imagery updates, weather organizations would have more detailed, recent data, and parking lots could keep track of the number of cars on the lot.

The possibilities would only be limited by the imagination of developers.