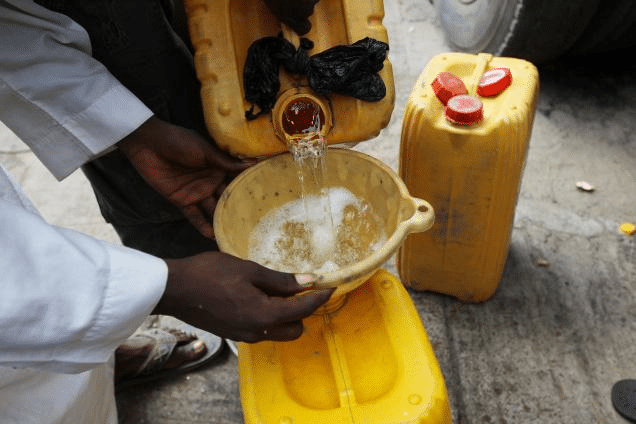 All 3 Refineries Resumes Production of Kerosene and Diesel

The resumption of refining of AGO and DPK is expected to balance the disequilibrium in demand and supply of the white products being experienced in recent times in parts of the Country.

Speaking on the production level of the Warri refinery, the Managing Director of the Warri Refining and Petrochemical Company (WRPC), Engr. Solomon Ladenegan said the plant had been doing well since the Crude Distillation Unit (CDU) was revved up on Saturday, 7 January 2017.

Ladenegan said the refinery resumed production last Saturday at about 10:22hrs, with the plant’s CDU functioning.

“This morning, we have pumped the products to PPMC and they have started loading. They are going to load up to 1 million liters of DPK and AGO. The products are there in the tank and we are doing everything to get them to the market,” Engr. Ladenegan disclosed.

On his part, the Managing Director of the Port Harcourt Refining Company (PHRC), Dr. Bafred Enjugu, said Port Harcourt Refinery was producing 3 million liters of AGO daily, in addition to millions of DPK being churned out by the refinery daily.

Enjugu enthused that his operators were thrilled having rehabilitated the old Port Harcourt Refinery where production of AGO was being carried out by themselves without foreign expertise deployment.

Meanwhile, the Kaduna Refinery has also roared into action, producing millions of liters of white products to ease out the situation in supply and distribution of petroleum products nationwide.

An independent marketer, Alhaji Abubakar Usman Yahaya, of Yamoyus Nigeria Ltd who was at the PHRC Depot for loading, described the refinery and the depot environment as positive, affirming that he and his co-marketers had access to PMS, AGO, and DPK in sufficient quantities.

“I think this is because the refinery has started working”, Alhaji Yahaya stated.

Besides the products from the refineries, NNPC has made arrangements for additional supply intervention through a direct import of PMS, AGO, and DPK to sustain products availability across the country.

It would be recalled that NNPC broke the jinx of end-of-year products shortage during the last Yuletide season by ensuring copious products supply across every nook and cranny of the country.